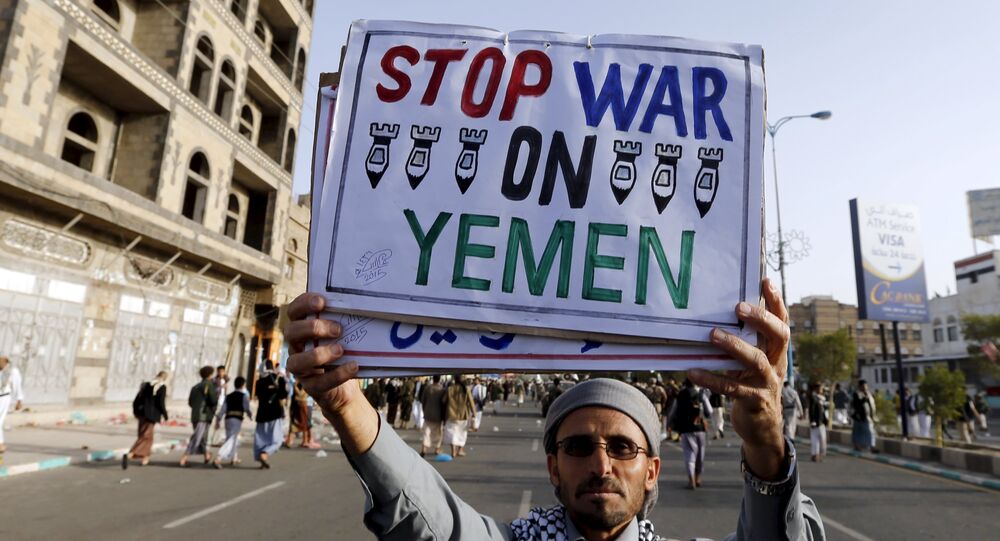 Houthis Urge Opponents to Participate in Intra-Yemeni Talks in Geneva

The Houthi rebel group call for all parties to take part in the UN-backed inter-Yemeni conference in Geneva.

CAIRO (Sputnik) — The Houthi rebel group call for all parties to take part in the UN-backed inter-Yemeni conference in Geneva starting on May 28, a member of the Houthis’ political office said on Monday.

“It is essential that the conference in Geneva started from the point at which the national inter-Yemeni dialogue, held under UN auspices and subsequently disrupted by the Saudi aggression was interrupted. It is necessary that it is attended by all Yemeni parties,” Hamza Al-Houthi told RIA Novosti.

The current conference on reconciliation in Yemen in the Saudi capital Riyadh involves over 400 representatives of the country’s political forces and the international organizations.

© AP Photo / Hani Mohammed
Houthi Rebels’ Second-in-Command Killed in Yemen
The representatives of the Houthi, the main opposition force in Yemen, do not participate in the talks.

More than 1,600 people have been killed and over 6,200 have been injured in Yemen since the escalation of the armed conflict in the country in March, according to the recent UN estimates.