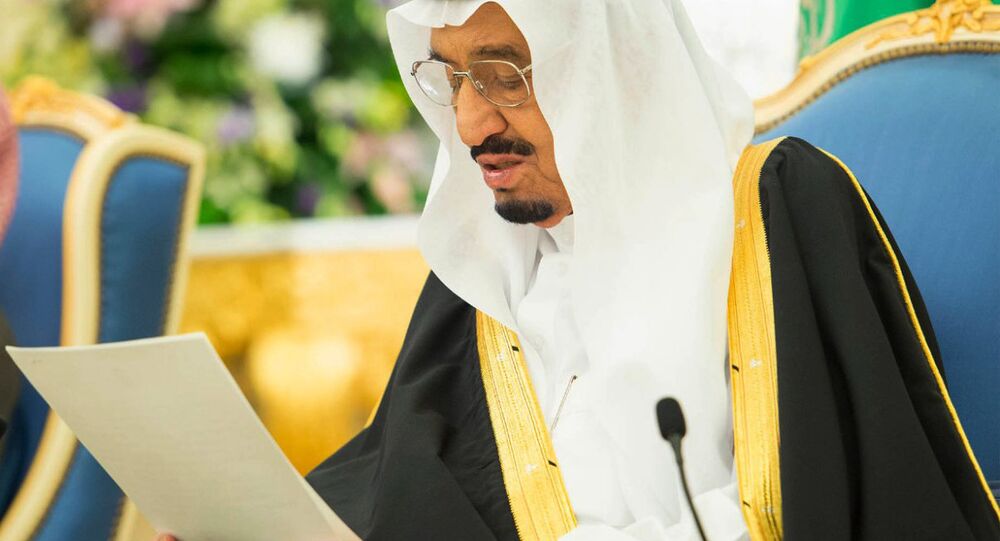 Not All Quiet on Saudi Front: King Salman’s Power Trips Might Trigger Coup

The reason to expect political disorder within Saudi governing circles or perhaps even a possible coup comes after King Salman issued a decree on April 30 to begin the takeover of the Court of Crown Prince and Interior Ministry by the Saudi Royal Court, his own administrative body.

The move takes away the administrative power of the court from the Crown Prince and puts it in control of the Deputy Crown Prince, who just happened to be King Salman's son.

© REUTERS / Yoan Valat
New Saudi King Implements Major Government Reshuffle
Another thing the Saudi king did was separate the state-owned oil company Saudi Aramco from the Oil Ministry. The transfer of the oil company will be overseen by none other than, that's right, his son.

These kinds of major structural changes are unprecedented among Saudi Arabia's governing elites. IHS Jane's 360 believes that these political moves might have upset late King Abdullah's powerful son Miteb, who is the chief of the Saudi Arabian National Guard.

All these political shifts may lead to a risk of putting military forces loyal to the king against troops loyal to Prince Miteb, the magazine concluded. If the forecast proves to be true, the Middle East will have yet another hot spot on its plate.