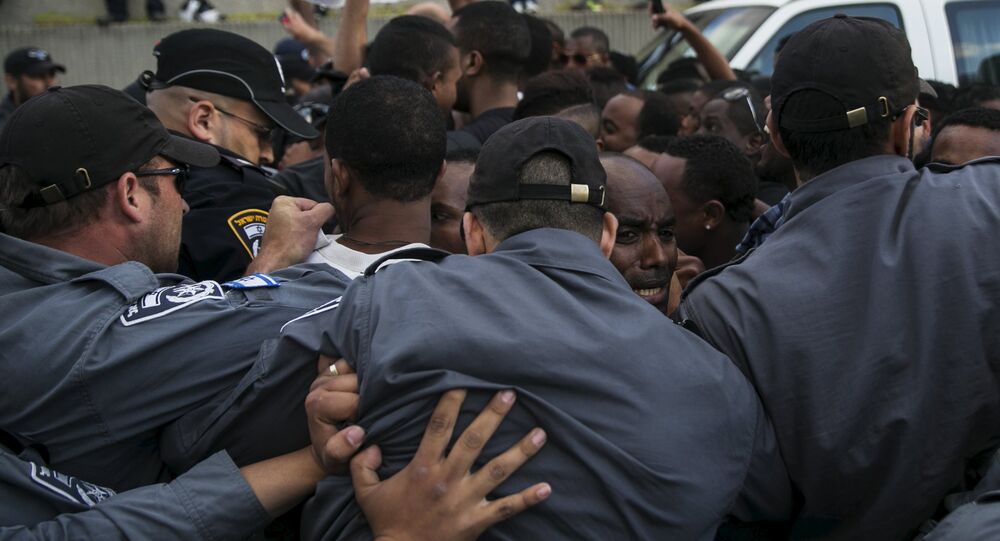 More than 40 people were injured in Tel Aviv when Ethiopian Jews started attacking police during a mass rally against police brutality, prompting law enforcement officers to respond with stun grenades and arrests.

"The situation is under control now," the spokesman said, adding that demonstrators damaged several cars and police had to conduct some arrests, although the exact number of those detained has not been released.

According to ambulance employees, a total of 41 people were injured in the clashes; the majority of those hurt received only minor wounds. Rosenfeld said the injured include 23 law enforcement members.

Thousands of people took to the streets of Israel's second most populous city on Sunday to protest alleged police discrimination after a video emerged earlier this week showing policemen beating a soldier of Ethiopian origin.

Thousands of Ethiopian youth are outside the prime minister's home in Jerusalem to protest police violence #RightNow pic.twitter.com/R08hnLYcid

The Tel Aviv rally was attended mostly by Ethiopian Jews, as well as representatives of other ethnic groups.

On Thursday, another rally against police brutality toward Ethiopians turned violent in Jerusalem.

Thousands of Ethiopian Jews relocated to Israel during two waves of immigration in 1984 and 1991, organized by the Israeli government. Currently, over 130,000 people of Ethiopian origin reside in Israel.