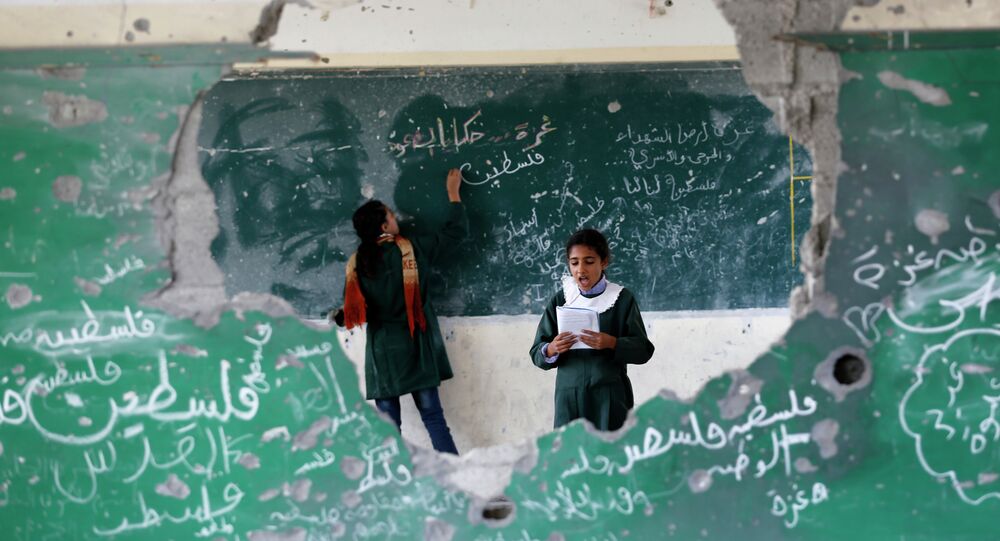 A UN inquiry has revealed that last year's Gaza war killed at least 44 Palestinians and injured 227 more in seven UN schools in Gaza.

© Flickr / Israel Defense Forces
Israel, Gaza Exchange Rocket Fire for First Time Since Year Started
At least 44 Palestinians were killed and 227 others wounded by "Israeli actions" at seven UN schools in the 2014 Gaza War, according to a UN report, which is due to be handed to the International Criminal Court.

The report also revealed that three empty UN schools in Gaza were used by Hamas militants for storing weapons and that the militants "probably" fired from these schools.

UN chief Ban Ki-moon deplored the deaths, describing UN locations as "places of safety." He added that the use of the facilities by Hamas militants was "unacceptable."

"It is a matter of the utmost gravity that those who looked to them for protection and who sought and were granted shelter there had their hopes and trust denied," Ban said.

Among other incidents, the inquiry noted one where least 88 mortar rounds were fired by the Israeli Defense Forces on a UN girls’ school; other such schools were hit by direct fire by the IDF, which made use of anti-tank projectiles and missiles.

Separately, the report mentioned one tragedy which occurred on July 30, when at least 17 people were killed in an Israeli strike on the Jebaliya Elementary girls’ school, which was crowded with sleeping war refugees.

"No prior warning had been given by the government of Israel of the firing of 155 MM high explosive projectiles on, or in the surrounding area of the school," according to the inquiry.

The 207-page report is private and only the summary of the document has been published.

More than 2,200 Palestinians were killed in the 50-day Gaza war, which also claimed the lives of at least 72 Israelis, including 66 soldiers.

UN Mission in Gaza Attacked by Protesters Over Subsidies Suspension