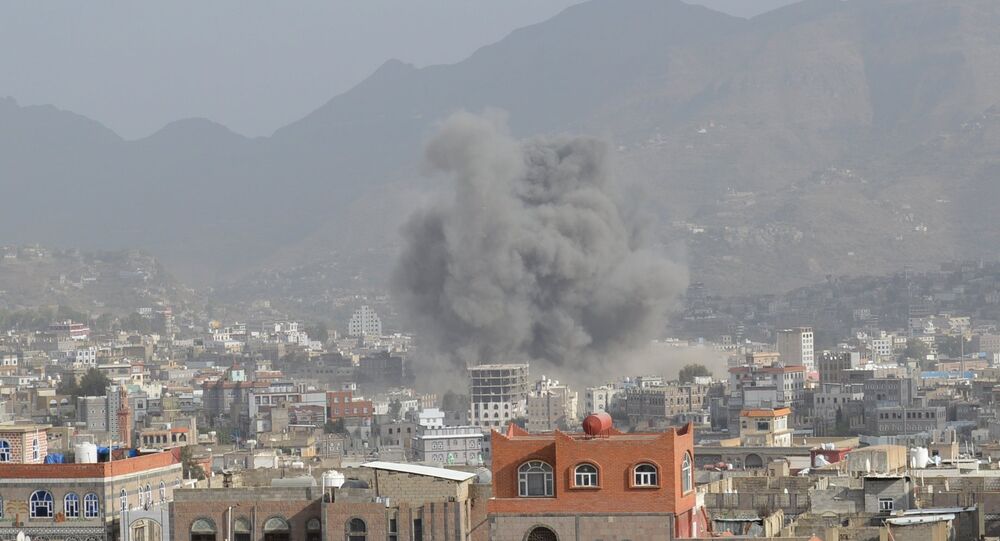 An anonymous source in the Russian Embassy in Sanaa said that many Russian doctors, as well as medical specialists from other countries continue to work in Yemen despite the ongoing fighting between Houthi rebels and those loyal to Yemeni President Abd Rabbuh Mansur Hadi.

MANAMA (Sputnik) – Many Russian doctors, as well as medical specialists from other countries continue to work in Yemen despite the ongoing fighting between Houthi rebels and those loyal to Yemeni President Abd Rabbuh Mansur Hadi, an anonymous source in the Russian Embassy in Sanaa has told RIA Novosti.

"A lot of medical workers have stayed [in Yemen], including Russians. They continue their work," the source said on Sunday, adding that there have been no reports of fatal casualties among Russians in Yemen.

Yemen has been in a state of turmoil since Houthi opposition forces seized the capital Sanaa and forced Hadi to step down in January. The president later renounced his resignation and asked the Arab League for military support.

Following Hadi's request a Saudi Arabia-led coalition starting launching airstrikes against Houthi positions in Yemen at the end of March. On April 21, the coalition said it had completed the Decisive Storm military operation and announced the start of its Restoring Hope campaign, saying it would focus on counter-terrorism and humanitarian efforts and the revival of political dialogue between Hadi supporters and Houthis, who are Yemen's main opposition force.

© Sputnik / Alexey Kudenko
RT Helps Abandoned Americans Evacuate From Yemen
The United Nations estimates that more than 1,000 people have lost their lives in Yemen since the start of airstrikes by the Saudi-led coalition, while over 150,000 have been displaced since March 19.

Fighting and coalition airstrikes have exacerbated the humanitarian crisis in Yemen, with UN aid agencies complaining about disruptions in food, water and electricity supplies across the entire country.

Russia has evacuated more than 1,700 people, including more than 400 Russians, from conflict-torn Yemen since the start of the coalition airstrikes at the end of March.