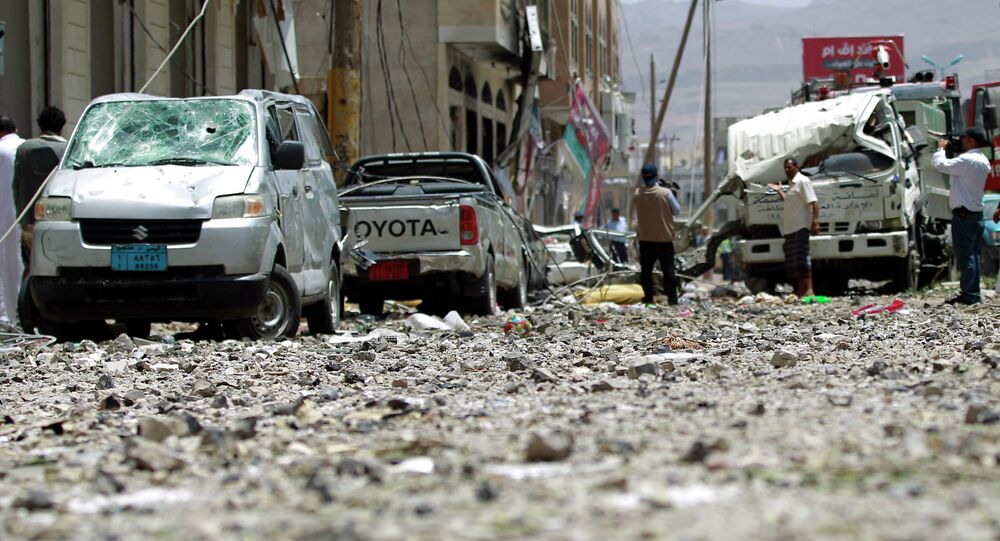 Iran summoned its Saudi Ambassador after a Saudi rocket attack on an area near the Iranian embassy in Yemen.

"#Iran summoned Saudi envoy after a Saudi rocket attack at an area near the Iranian embassy in #Yemen 's Sanaa," the agency said on Twitter.

URGENT #Iran summoned Saudi envoy after a Saudi rocket attack at an area near the Iranian embassy in #Yemen 's Sanaa.

Earlier on Monday, medical and law enforcement sources in Sanaa told Sputnik that the coalition attack at a Houthi missile storage facility killed 26 people and injured at least 200. Many of the victims are trapped under the ruins.

Earlier in April, Iranian Foreign Minister Mohammad Javad Zarif proposed a plan to end the conflict in Yemen, including establishing a ceasefire, providing Yemeni non-combatants with humanitarian assistance and arranging for a dialogue between the conflicting sides.

On Saturday Iranian Foreign Ministry repeated its willingness to help Yemen with establishing a peaceful dialogue.