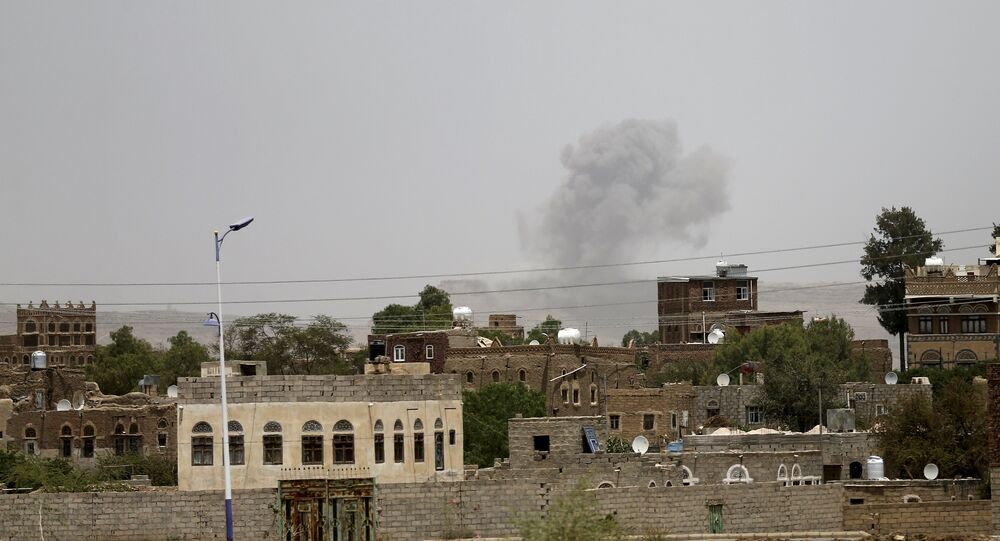 Russian Ambassador to Djibouti Valery Orlov says that a Russian plane evacuating 135 citizens of the Commonwealth of Independent States countries from Yemen, took off from Djibouti and is expected to arrive in Moscow early Monday morning.

MOSCOW (Sputnik) — A Russian plane evacuating 135 citizens of the Commonwealth of Independent States (CIS) countries from Yemen, took off from Djibouti and is expected to arrive in Moscow early Monday morning, Russian Ambassador to Djibouti Valery Orlov said Sunday.

Earlier on Sunday, Russia's warship Priazovye brought more than 300 evacuees, including 45 Russians, from Yemen's southern city of Aden to Djibouti.

“The plane left Djibouti about an hour ago [about 20:00 GMT], they will need to conduct refuelling in about four hours in Cairo and then, probably, in Sochi. Moscow is the arrival point tomorrow morning,” Orlov told Ria Novosti.

© Sputnik / Alexei Kudenko
Plane Evacuating Russians, Foreigners From Yemen Lands in Moscow region
Russian Ambassador added that the aircraft is evacuating a total of 135 people, 50 of whom are Russian nationals and the others — citizens of Ukraine, Belarus and other CIS countries.

Tensions have been on the rise in Yemen in recent months with Shiite Houthi rebels fighting against forces loyal to Yemeni President Abd Rabbuh Mansur Hadi.

On March 26, upon a request by Hadi, a group of Arab countries led by Saudi Arabia started attacking Houthi positions from air, prompting a number of states including Russia to start evacuating people from Yemen.

In the past weeks Russia has evacuated over 600 people from the conflict-torn country.

Earlier on Sunday the Russian Il-62 aircraft has landed at the Chkalovsky Airport in the Moscow Region with another 150 evacuees onboard.

Russia to Evacuate 150 People From Yemen on Sunday – Embassy