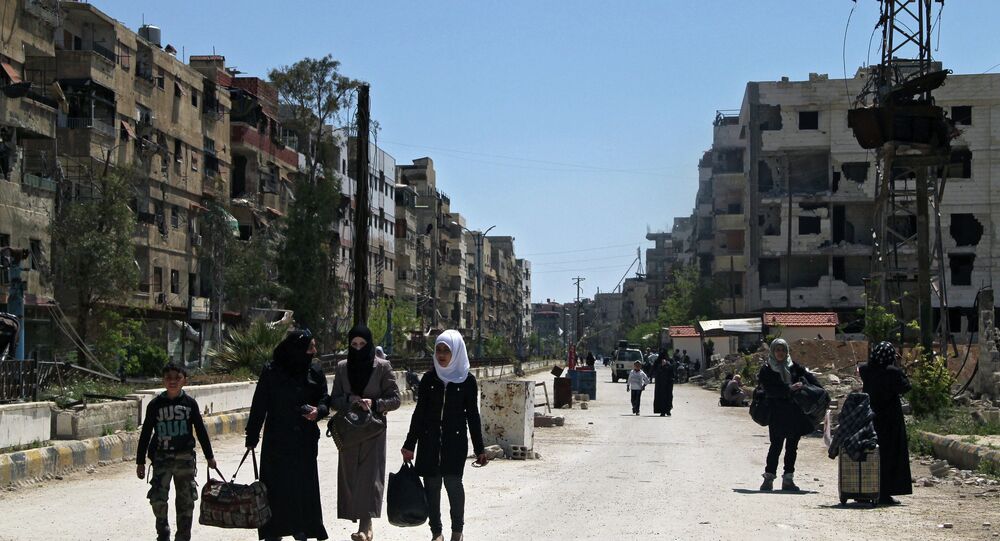 The Syrian Army and Palestinian militia are getting ready to launch a joint operation to free the Yarmouk refugee camp near Damascus, currently held by the Islamic State.

BEIRUT (Sputnik) — The Syrian army together with Palestinian groups are readying a joint plan to free the Yarmouk refugee camp near Damascus that is currently occupied by Islamic State (IS) militants, a source in the Syrian army told RIA Novosti Thursday.

“The Syrian Army fulfills its national commitments and counters new terrorist movements. In coordination with some existing Palestinian powers, the army plots a joint plan of action to counter the terrorist groups that assaulted [the camp]."

Last week, IS militants seized a large part of the camp, which hosts a mix of Palestinian and Syrian refugees. At the moment, rebels control 70 percent of its area.

© REUTERS / Stringer
Palestine Urges UN Action to Free Refugees Trapped in Syrian Yarmouk Camp
The Syrian army and the Palestinian movements are planning for the safe evacuation of civilians before conducting strikes against the rebels.

Earlier this week, a group of 14 Palestinian factions said they backed a joint military operation with the Syrian army to defeat the rebels.

Before the Syrian civil war, Yarmouk was home to over 150,000 Palestinian refugees. After the Syrian conflict erupted in 2011, the camp was regularly taken over by various insurgent groups. The confrontations have led to severe humanitarian crisis in the camp, with local residents struggling without basic human needs, including food and drinking water. The camp population has dropped to 18,000, according to UN.

ISIL Captures Most of Yarmuk Refugee Camp in Syria