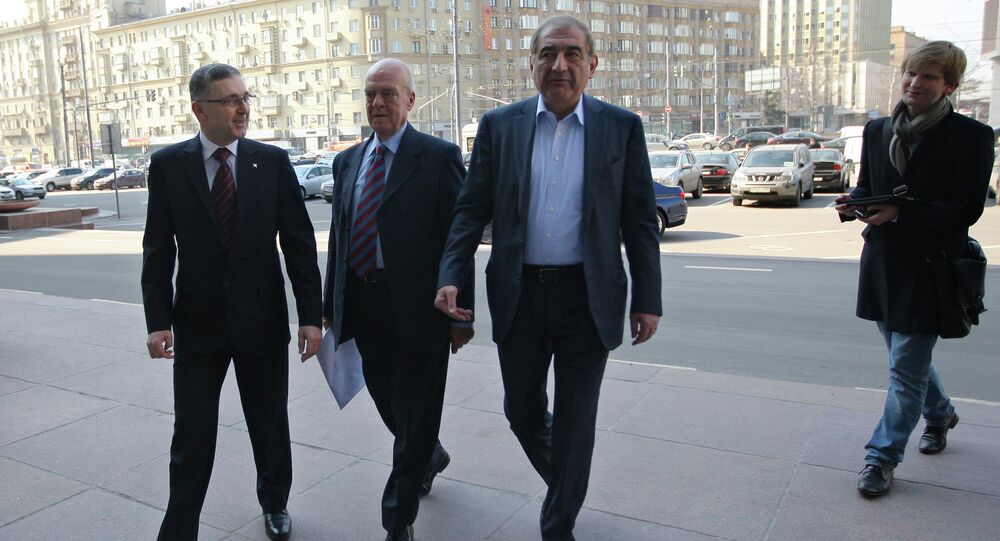 A second round of intra-Syrian talks, aiming to bring an end to the Syrian civil war, begins in Moscow on Monday and will last through Thursday.

Qadri Jamil is heading the delegation of the Popular Front for Change and Liberation, a minor coalition in the Syrian parliament.

Hassan Abdel Azim, chairman of the left-wing bloc titled The National Coordination Committee for the Forces of Democratic Change, is also expected to attend the talks.

On Sunday, members of the Syrian opposition asked Russian authorities to assist in the arrival of Louay Hussin, president of the Building the Syrian State political movement, who is banned from traveling outside Syria.

The National Coalition for Syrian Revolutionary and Opposition Forces will again be conspicuously absent from the Moscow talks.

UN special envoy to Syria Staffan de Mistura will also sit out the fresh round of talks.

Director of the Institute of Oriental Studies at the Russian Academy of Sciences, Vitaly Naumkin, will moderate the negotiations, after successfully performing the function at the first round of the intra-Syrian talks in Moscow January 26-29.

The January talks in Moscow were the first attempt to resolve the Syrian conflict since January 2014 after a UN-backed conference in Geneva failed to yield tangible results.

Syria has been in a civil war since March 2011, with government forces fighting several armed groups in the country, including Islamic State extremists.

More than 220,000 people have been killed during the four-year conflict in Syria, according to UN estimates. More than 4 million people have sought refuge in neighboring countries, while 7.6 million more have been internally displaced.