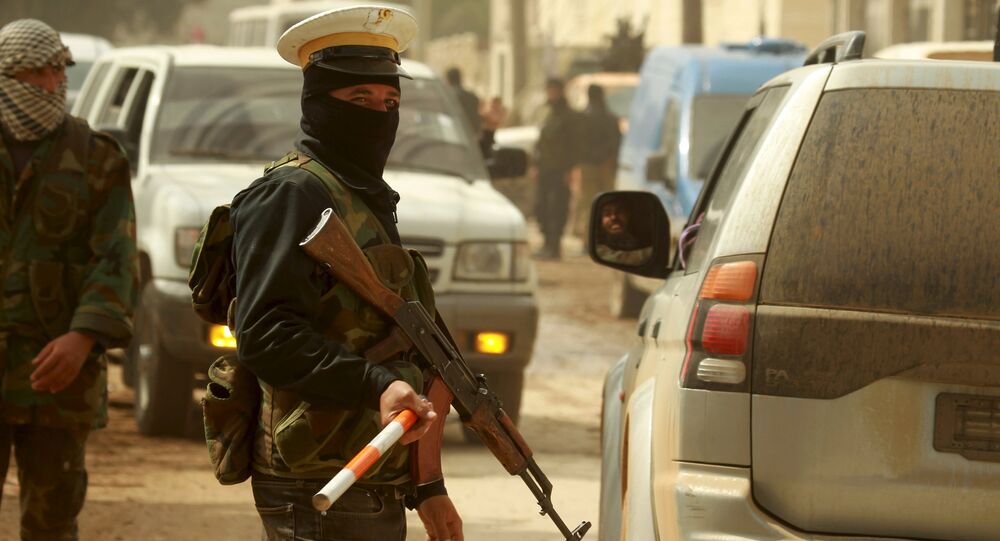 A UN official said that fighting around the Syrian northwestern city of Idlib between extremist rebel groups and government forces has killed civilians and displaced some 30,000 people.

UNITED NATIONS (Sputnik) — Fighting around the Syrian northwestern city of Idlib between extremist rebel groups and government forces has killed civilians and displaced some 30,000 people, a UN official said on Monday.

The coalition of rebel groups, including the al-Qaeda linked Nusra Front, seized Syria's northwestern city of Idlib on Saturday and declared it as their capital after five days of intensive clashes between militant groups and government forces.

"I am gravely concerned by the ongoing fighting taking place in Idlib governorate and its possible impact on hundreds of thousands of civilians," Yacoub El Hillo, UN Humanitarian Coordinator for Syria, told reporters.

The UN official appealed to all parties to the conflict to stop fighting and to adhere to their obligations to protect civilians and all humanitarian personnel under International Humanitarian and Human Rights Law.

Earlier in the day, the UN Office for the Coordination of Humanitarian Affairs expressed concern over the situation in Idlib saying that it was becoming increasingly dire, with electricity shortages and closure of schools and hospitals.

The statement also reads that most of Idlib's population, which is estimated at 500,000 people, has remained in the city. However, should the fighting intensify, large scale displacement could take place towards neighbouring provinces and across the border to Turkey.

The Syrian army has been fighting against several opposition and rebel groups, including Islamic State (ISIL) extremists and the al-Nusra Front (Jabhat al-Nusra), since the start of an internal conflict in the country four years ago.