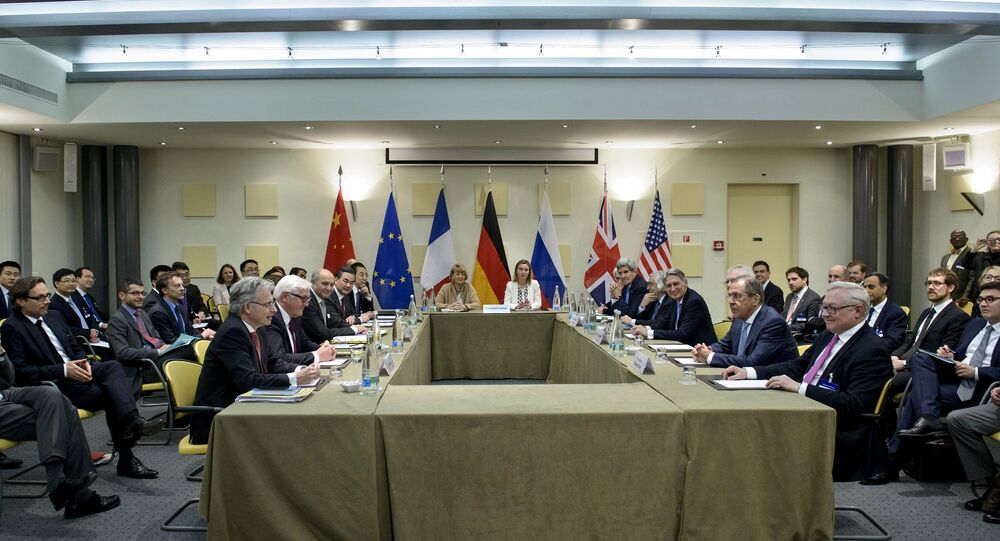 According to a source in one of the delegations, obstacles remain in P5+1 and Tehran's negotiations on Iran's nuclear program.

© AFP 2020 / FABRICE COFFRINI
Iran Talks in Lausanne Continue As Obstacles Remain
MOSCOW (Sputnik) – Some obstacles remain in P5+1 and Tehran's negotiations on Iran's nuclear program, with the latter concerned about sanctions relief, a source in one of the delegations told Sputnik Monday.

"Iran is concerned about sanctions relief mechanism," the source said.

On Sunday, Iranian Deputy Foreign Minister Abbas Araqchi stated that his country is demanding sanctions relief as part of the nuclear deal. Chief of Iranian Atomic Energy Organization Ali Akbar Salehi, in turn, said that a deal would be impossible if the sanctions were to remain in place.

The latest round of talks on Iran's contested nuclear program is taking place in Lausanne. Tehran and P5+1 group, comprising the United Kingdom, France, China, Russia, the United States and Germany, have held several rounds of negotiations since November 2013.

The West is accusing Iran of trying to develop nuclear weapons under a guise of civilian nuclear program, and imposed several rounds of sanctions on Tehran. Iran has repeatedly rejected those claims.

The negotiating parties are expected to work out a political framework agreement by the end of March. A comprehensive deal ensuring the peaceful nature of Tehran's nuclear activities is set to be reached by July.