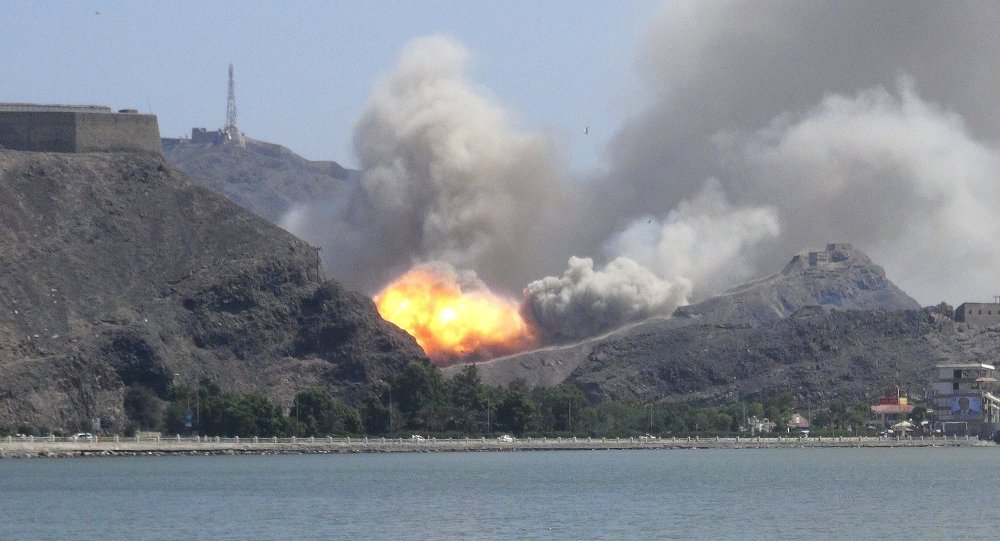 At least nine people were killed in Yemen's Aden when an arms depot that was being looted by opposing sides exploded. 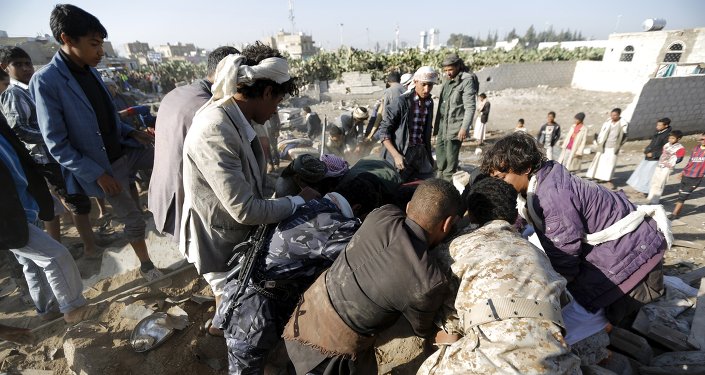 © REUTERS / Khaled Abdullah
Saudi-Led Airstrikes in Yemen Claim Lives of Over 30 Civilians – HRW
Explosions at a cave-based arms depot in Yemen's Aden killed at least nine as fighting continues in the country's south between Houthi militias and local separatists who support the ousted President Hadi.

Looters were reportedly killed both before the explosion and after, as the arms depot, which contains many Soviet-era weapons is an important cache for both sides in the conflict.

"People entering to take weapons were killed by others who didn't find what they were looking for," a local resident told AFP.

Fighting between Houthi militias and Aden-based Hadi supporters killed 61 people in the past three days, according to the city's health department director. 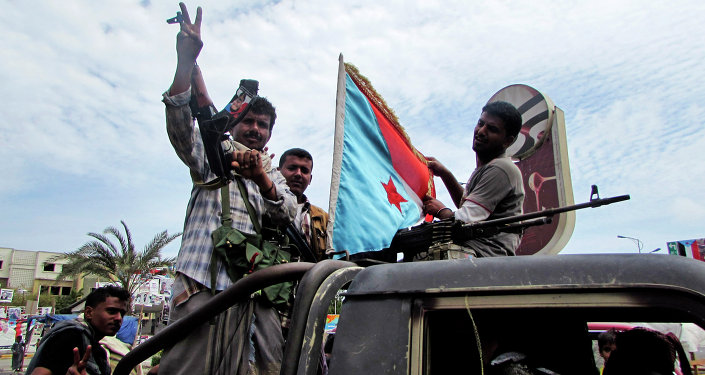 © AP Photo / Yassir Hassan, FIle
The Money Trail: How the US Fostered Yemen's Separatist Movement
In Sanaa, the bombing campaign led by a Saudi-led coalition killed up to 34 civilians in the past two days, according to Human Rights Watch.

Late on Wednesday night, upon the request by the Yemeni President Abd Rabbuh Mansur Hadi a group of Arab countries led by Saudi Arabia started conducting airstrikes against Houthis. Yemen is currently suffering from political unrest and clashes between Houthi opposition forces and President Hadi's loyalists.