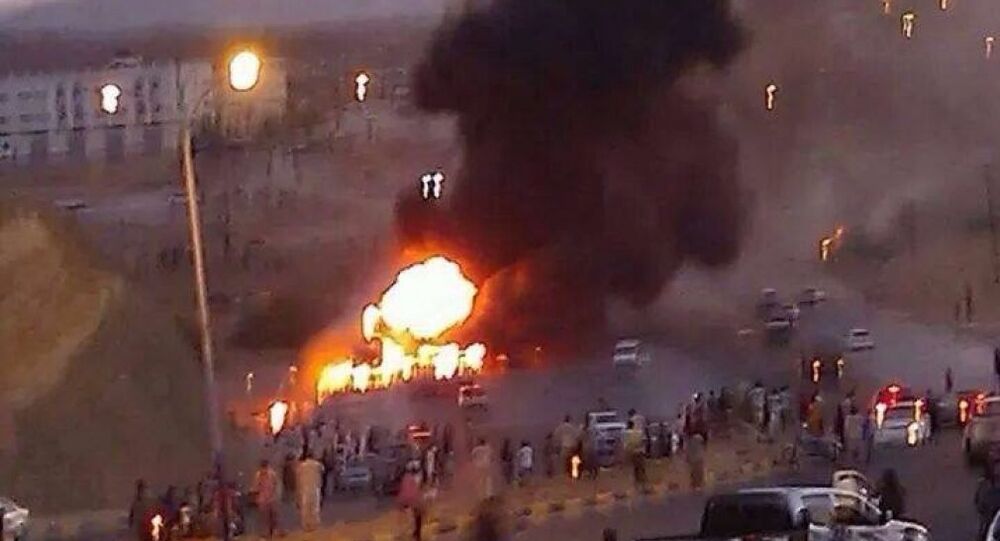 © AP Photo / Ivan Sekretarev
US Policies in Yemen, Ukraine Double Standard - Lavrov
"The international coalition aviation carried out airstrikes near missile forces units in Sanaa as well as on the Nukam mountain and an air base on Yemen's south," the source said, adding that reconnaissance planes are flying high above Yemeni capital.

On Wednesday, the coalition of Arab states comprising Bahrain, Qatar and Egypt among other states launched airstrikes against Houthi rebel positions in Yemen.

The Houthi rebels forced Hadi and his government to resign in late January 2015 after capturing the presidential palace and government buildings.

The Houthis currently control large parts of Yemen, including Sanaa.

The Coalition has reportedly carried out attacks on Yemen's capital Sanaa's airport and a number of military positions following a request by ousted Yemeni president Abd Rabbuh Mansur Hadi.