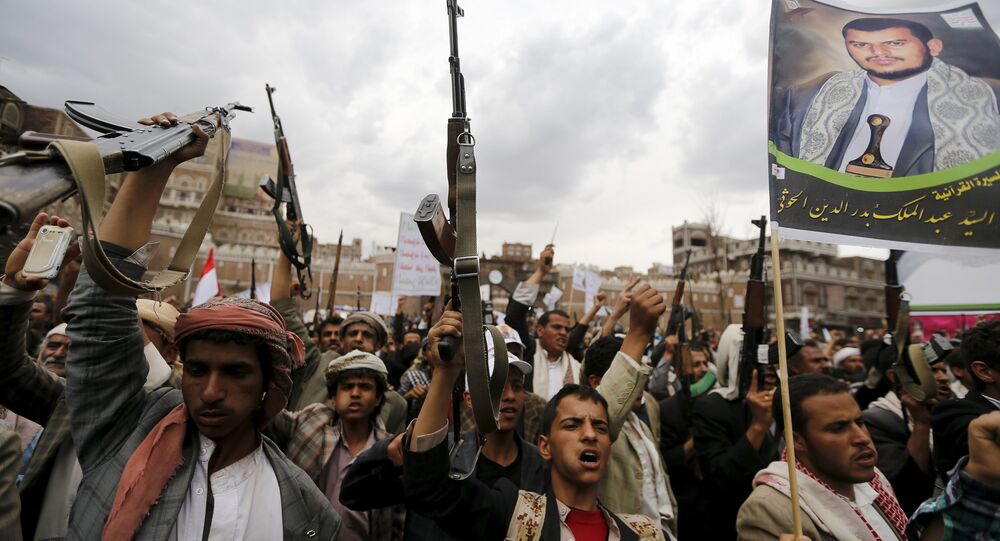 The International Monetary Fund announced on Thursday that it had suspended its financial aid to Yemen due to the deepening crisis in the region. The IMF spokesperson noted that he could not say when the loan program would be resumed.

© REUTERS / Khaled Abdullah
Death Toll Reaches 65 in Coalition's Ongoing Airstrikes in Sanaa
The International Monetary Fund (IMF) announced on Thursday that it had suspended its financial aid to Yemen, pointing to a great deal of uncertainty about the country's future.

"Given the host of uncertainties surrounding Yemen at the moment, the first review… is postponed until the situation clarifies," IMF spokesman William Murray elaborated during a news conference.

In September 2014, the IMF approved a $552.9 million loan for Yemen, aimed to bolster the economic development of the impoverished state. The first $74 million installment had been transferred to the state last year. Since the political situation in the state has worsened significantly prompting the president to flee Yemen, the IMF suspended the loan.

© Sputnik / Faisal Al Shabibi
External Intentional Attempt to Split Yemen Reason of Unrest - Expert
The current crisis has been triggered by an uprising of the Shiite Houthi minority. Saudi Arabia and its coalition of several other Sunni Muslim states launched a series of airstrikes against the rebels on Wednesday night. Washington expressed its support for Saudi Arabia's actions and pledged to provide the kingdom with advisory and intelligence assistance. In its turn, Iran condemned the airstrikes against Yemeni Shiite rebels, warning that military action from outside of Yemen violated its territorial integrity and would lead to more bloodshed and more deaths.
© AP Photo / Hani Mohammed
Yemeni Capital Sanaa After Airstrikes
11
IMF spokesman William Murray expressed his deep concerns regarding the crisis: "One of our biggest concerns in Yemen is the impact on the poorest there," Murray noted. He underscored, however, that he could neither say when the IMF would resume the loan program, nor estimate the possible economic impact of the ongoing turmoil in the region.
...
Reddit
Google+
Blogger
Pinterest
StumbleUpon
Telegram
WhatsApp
14
Topic:
Gulf States Launch Military Operation in Yemen (442)