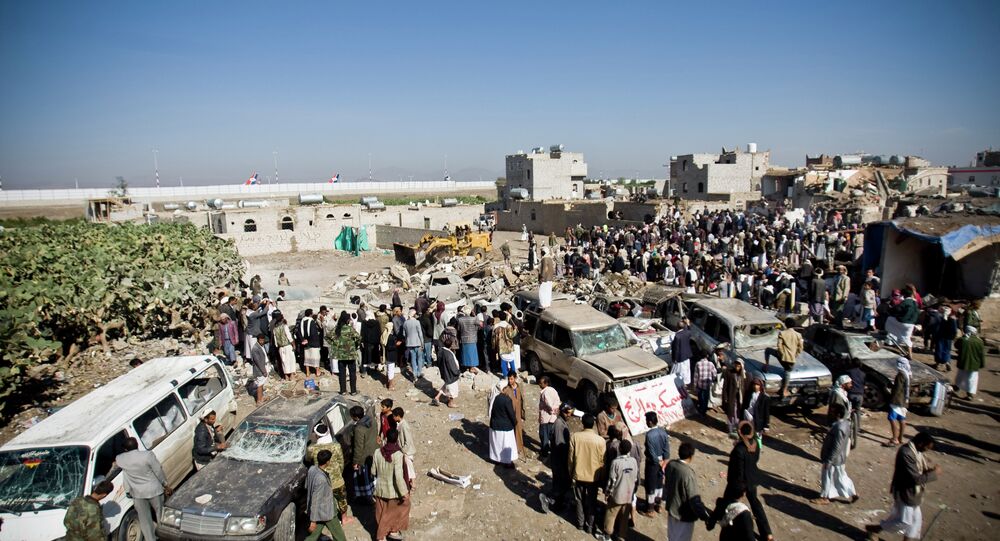 "We condemn foreign interference with the situation in Yemen by any country, be it Iran, Saudi Arabia, or the United States," Abdollahian said at a press conference at Rossiya Segodnya press center.

Abdollahian stated that countries violating the territorial integrity of Yemen by conducting airstrikes are ignoring the UN Charter.

"Carrying out airstrikes and starting a war is easy. Putting an end to a war and quitting a war is hard," he said, adding that airstrikes will facilitate extremism and terrorism in the region.

Yemen is being torn by military confrontation between forces of the Yemeni ethnic Houthis and troops loyal to Hadi. Houthi militia have taken control of large parts of Yemen, including the capital city of Sanaa.

© REUTERS / Khaled Abdullah
Saudi Airstrikes in Yemen Contrary to Int'l Law, Violate Sovereignty - Iran
Hadi resigned in January after his palace was attacked by Houthi fighters, accepting house arrest. In February he disavowed the move and fled to Aden.

On Wednesday, the beleaguered Yemeni president requested military aid from Saudi Arabia. Later in the day, Saudi Arabia, alongside several other states and with the tacit approval of the United States, launched airstrikes on known Houthi positions in Yemen.