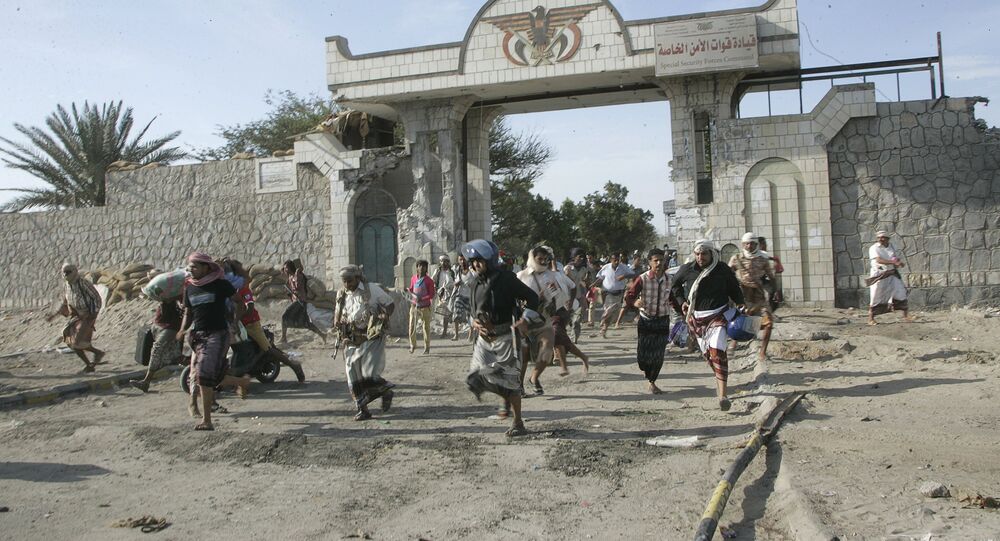 Earlier in the day, Hadi left his residence in the city of Aden in southern Yemen and fled to an unknown destination. The Houthis offered to pay $100,000 for the arrest of the president, according to local media reports.

The warplane carried out three airstrikes at the residence, according to the source.

© AP Photo / Yemen's Defense Ministry
Yemeni President Hadi Requests Military Aid From Arab League – FM
According to local media, the Aden airport has been shut down due to security concerns.

In January, Houthis captured the presidential palace and government buildings in the capital Sanaa, forcing Hadi and his government to resign. A month later, the president escaped from house arrest in Sanaa and disavowed his resignation, fleeing to Aden.

The Houthi tribe is fighting both troops loyal to Hadi in central Yemen and al-Qaeda militants in the south of the country.