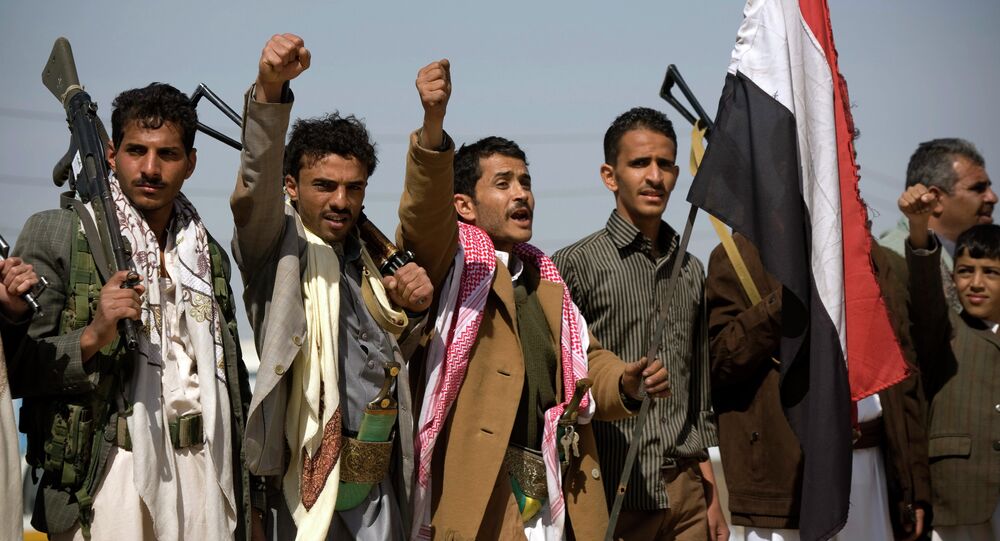 The leader of Shiite Houthi rebel movement in Yemen reportedly called for a general mobilization to continue advance into the country’s south.

MANAMA (Sputnik) — The leader of Shiite Houthi rebel movement in Yemen, Abdul-Malik al-Houthi, called for a general mobilization to continue advance into the country’s south, stressing that the move is aimed against al-Qaeda and Islamic State (ISIL) extremists only, Yemeni television reported Sunday.

“I call on the great people of Yemen coming from all the levels of society to join the general mobilization,” al-Houthi said on Yemeni television.

The rebel head stressed that the advance is directed against al-Qaeda and similar groups and not against the people of south Yemen.

On Sunday, Al Jazeera reported that Houthis have seized Taez (Taizz) — the third-largest city in Yemen. Taez is located less than 90 miles away from the southern city of Aden, where the county’s president Abd Rabbuh Mansur Hadi who was deposed by Houthis earlier this year currently resides.

Later that day, the UN Security Council agreed to a statement reaffirming support for President Hadi and condemning Houthi rebels for their takeover of large swathes of land in Yemen.

UN Security Council to Hold Meeting on Yemen on Sunday