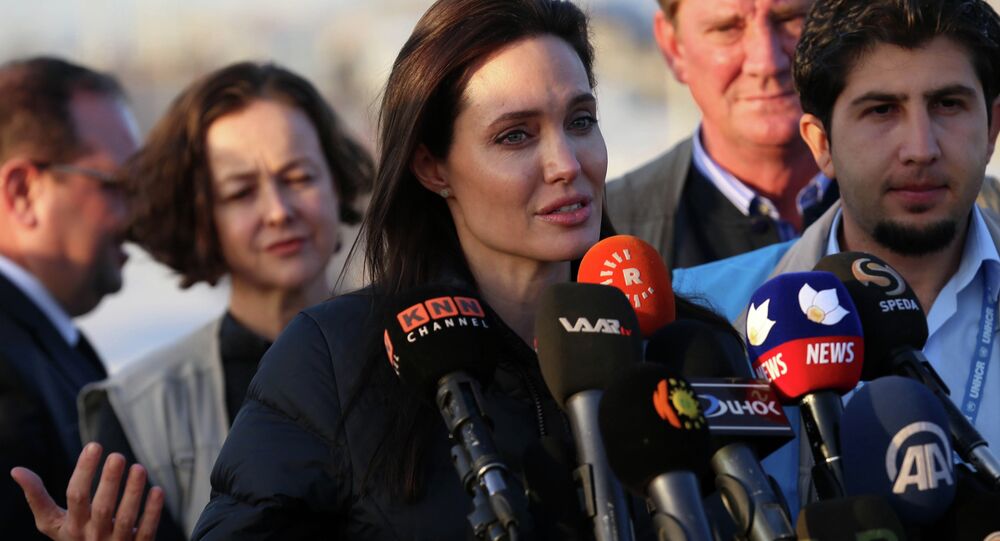 Special Envoy of the UN Office of the High Commissioner for Refugees (UNHCR) and a prominent US actress Angelina Jolie urged for peaceful political solution to Syrian crisis.

© AFP 2019 / SAFIN HAMED
Angelina Jolie Visits Islamic State Victims in Northern Iraq
MOSCOW (Sputnik) — An urgent political solution is needed to solve the four-year-long conflict in Syria as international response to the crisis is insufficient, Special Envoy of the UN Office of the High Commissioner for Refugees (UNHCR) and a prominent US actress Angelina Jolie said Saturday.

"It is deeply alarming that the international response so clearly falls short of what is needed to end the conflict in Syria. People are entitled to feel bewildered and angry that the UN Security Council seems unable to respond to the worst crisis of the 21st century,” Jolie said in statement published on UNHCR's website.

The actress urged governments all around the world to put differences aside and make another attempt to find a peaceful solution to the crisis in Syria and help hundreds of thousands of refugees and displaced people.

The civil war has claimed over 200,000 lives and forced more than 3 million people to flee the country, according to UN estimates.