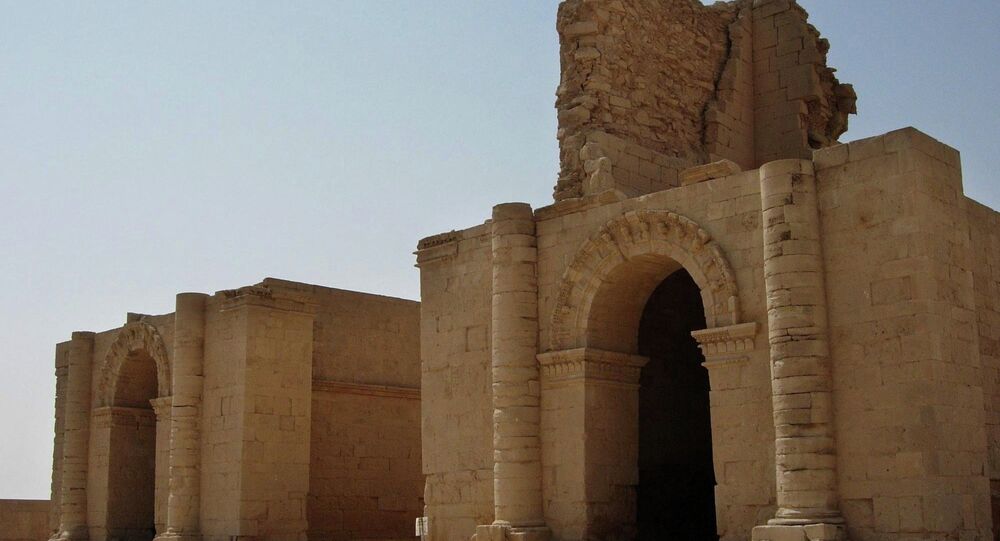 According to a representative for Mosul branch of Kurdish Democratic Party, ISIL has taken away “all the ancient currencies from the city that are in gold and silver” from the historical city of Hatra near Mosul.

“IS militants have started destroying the historical city of Hatra near Mosul with shovels,” Saeed Mamuzini said as quoted by the media.

The official added that ISIL has taken away “all the ancient currencies from the city that are in gold and silver.”

Hatra lies 68 miles southwest of Mosul, and, according to UNESCO World Heritage Centre, provides "exceptional testimony to an entire facet of Assyro-Babylonian civilization."

© Flickr / David King
ISIL Destruction of Archaeological Site ‘Assault’ on Iraq, Syria Heritage - Kerry
The news follows a similar incident this week. On Thursday, the Iraqi government said that ISIL fighters had attacked the ancient Assyrian city of Nimrud in northern Iraq and bulldozed it with trucks.

The city of Nimrud is over 3,300 years old. It used to be the capital of the Assyrian empire and is valued for its frescos and antique relics.

US Department of State Secretary John Kerry as well expressed in a statement his disturbance over reports that ISIL had extended "its destruction of Iraq’s historical treasures to the ancient archeological site of Nimrud”.

Last Thursday, ISIL militants posted a video featuring them destroying a collection of antique statues and sculptures in Iraq's second largest museum in the city of Mosul. The act triggered widespread condemnation among archaeologists and heritage organizations.

Iraqi Turkmens to Create Regiment to Fight Against ISIL