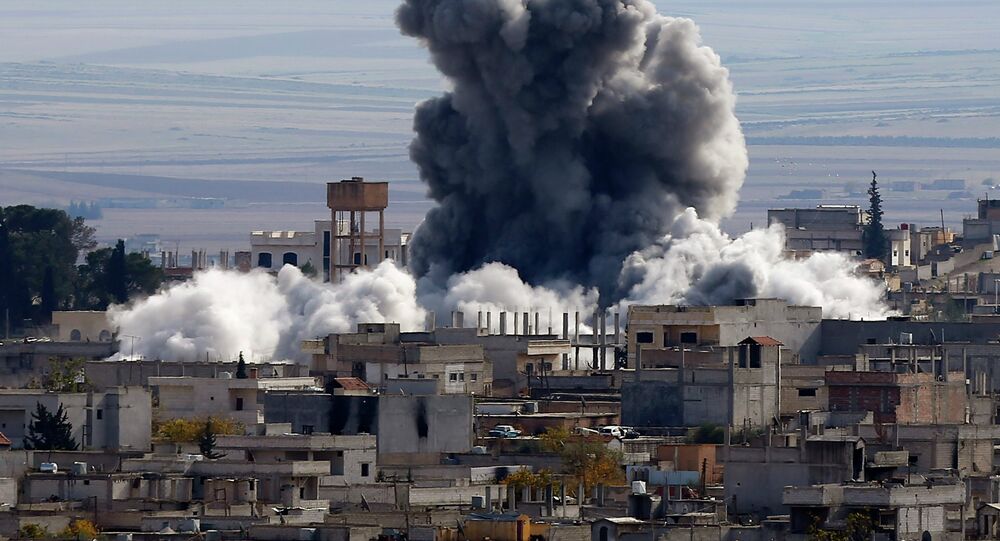 Syrian Observatory for Human Rights (SOHR) reported that deaths of 1,835 people have been registered in Kobani, Syria since the Islamic State (ISIL) launched its first attack on the city in September 16, 2014.

Kurdish Fighters Push ISIL Militants out of Villages Near Syria's Kobani
MOSCOW (Sputnik) – The deaths of 1,835 people have been registered in Kobani, Syria since the Islamic State (ISIL) launched its first attack on the city in September 16, 2014, the Syrian Observatory for Human Rights (SOHR) reported Monday.

“SOHR documented the death of 1835 people since the 16th of September/2014 when the ISIL started its attack on EIn al-Arab'Kobane', until this dawn in the 16th of Feb/2015,” the organization said in a statement on its website.

According to the SOHR, 39 Kurdish civilians were among the victims, including two teenagers. Kurds lost 504 fighters, among them women who were killed during clashes and shellings in the area. Among rebels and volunteers supporting the Kurds, 22 died.

© Sputnik / Stringer
Pentagon Reports IS Still Consolidates About 10% of Kobani

The number of killed ISIL insurgents reached 1,271. One of them was a dissident captain, another 49 were suicide bombers, according to the organization. Hundreds of extremists were killed in US-led airstrikes.

Since mid-September, Kobani, one of the largest Kurdish towns in Syria, has been besieged by ISIL fighters. Despite the liberation of the town in January, hostilities in its vicinity have not stopped.

The Islamic State is an extremist group that has been fighting the Syrian government since 2012, seizing large areas in the country and announcing the establishment of strict sharia law on the territories under its control.