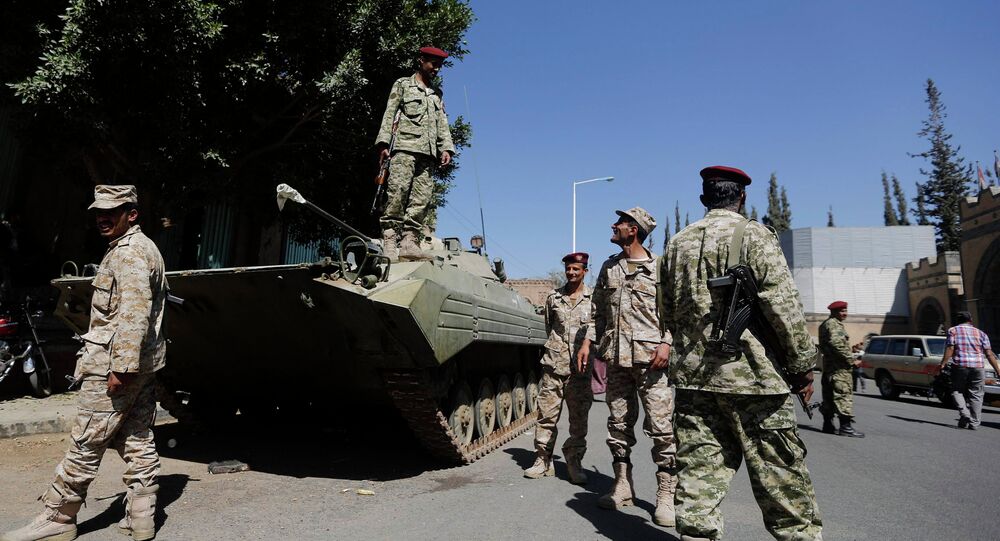 Militias loyal to the Yemen's recently deposed president seized parts of Aden, including its intelligence headquarters and other government buildings.

The clashes follow Sunday's declaration by leaders of three southern provinces, which formed a group opposed to the recent Houthi takeover, which they branded a "coup."

The new development threatens to split the country in two, as the Houthi-dominated north of the country, primarily Shia, is now facing hostile forces among ex-president Abd-Rabbu Mansour Hadi's supporters in the primarily Sunni south. Prior to 1990, South Yemen was a separate country with a capital in Aden, while North Yemen's capital was the current Sanaa.

© REUTERS / Mohamed al-Sayaghi
Gulf States Urge UN to Authorize Forced Settlement of Yemen's Crisis
"We hope that the authority of the state is reestablished in Yemen so that we can resume our diplomatic services in this friendly state," Turkey's Foreign Ministry announced in a statement.

Yemen's Houthi militias took over the central government on January 5, following the lapse of an ultimatum to the country's president, which ordered him to resign and follow the terms of a previously negotiated power-sharing agreement. The takeover has been vehemently opposed by Saudi Arabia and other Persian Gulf monarchies which take part in the Gulf Cooperation Council.