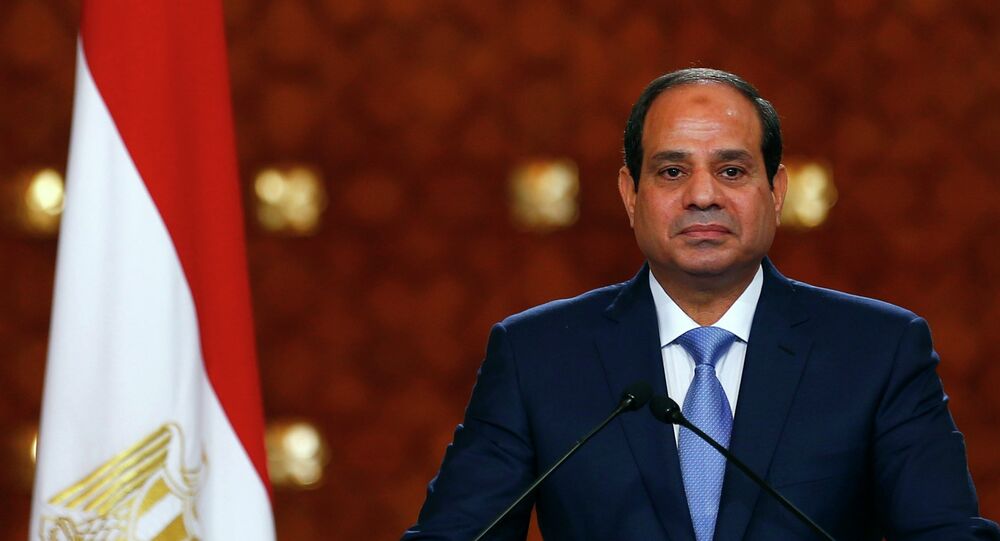 Egyptian President Abdel Fattah Sisi has announced that he is prohibiting the country’s citizens from visiting Libya after the Sunday execution of 21 Egyptians by ISIL militants.

CAIRO (Sputnik) — Egyptian President Abdel Fattah Sisi said in a Monday televised address to the nation that he prohibits the country's citizens to visit Libya after the Sunday execution of 21 Egyptian Copts by ISIL militants.

"I have instructed [the government] to take all the steps necessary in order to prevent the Egyptians from going to Libya and to bring back the Egyptians who are already there," Egyptian president said.

President Sisi also stressed that Cairo reserves to itself a right to respond to the incident the way it sees fit.

Twitter
Copt Killers: ISIL Tweets Video in Which They Allegedly Execute 21 Egyptians in Libya
n Sunday it was reported that a group of Egyptian fishermen, all Coptic Christians, was abducted by the armed militants in Libya. Later in the day the ISIL militants have released a video showing the execution of the hostages.

This is the second mass execution of Coptic Christians by the Islamic State in recent months. In late December 2014, the gunmen in the Libyan city of Sirte captured a group of Egyptian workers, also Copts. It was later found that they were killed by ISIL militants.

Islamic State is a jihadist group that seized vast territories in Iraq and Syria in 2014, proclaiming an Islamic caliphate in the lands that have fallen under its control.

On Friday, the militants linked to the terrorist group seized a radio station in Sirte, Libya.

Libya has been in political crisis since the overthrow of the country's former leader Muammar Gaddafi in 2011. A power struggle in the country currently involves the liberal movement, supported by the army, and the representatives of Islamist parties backed by groups of former rebels.