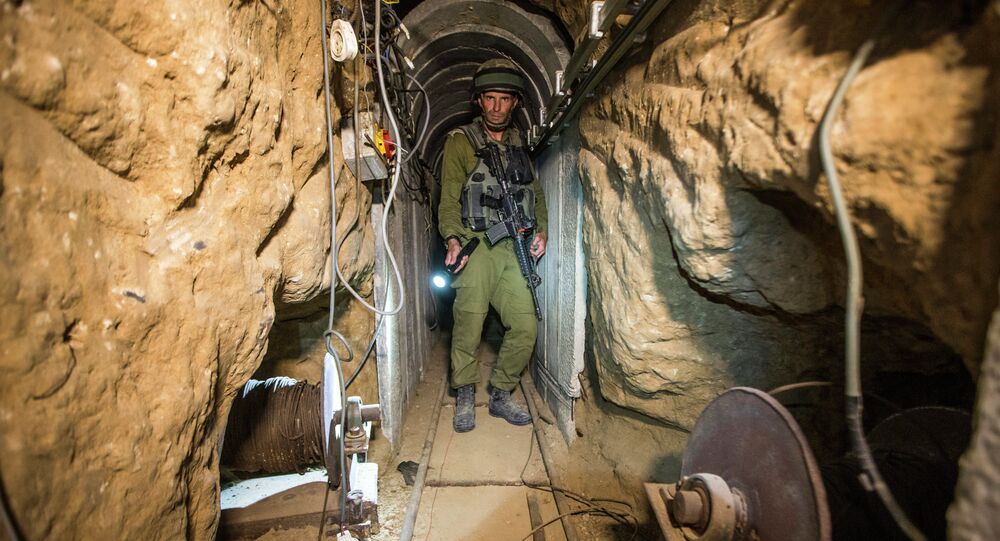 Israel destroyed the remainder of a Palestinian tunnel that was leading from Gaza, the Israeli army said Monday.

MOSCOW (Sputnik) – Israeli Defense Forces have destroyed the remainder of a Palestinian tunnel leading from Gaza to Israel, the army said Monday.

According to the IDF spokesperson, the tunnel was exposed during last summer's Operation Protective Edge against Hamas, with the destruction of the tunnel coming to an end Sunday. The spokesperson added that the armed forces found "a cache of weapons and explosives" in the tunnel.

The army did not enter Gaza throughout the demolition process, the spokesperson noted.

According to local media reports, Hamas is trying to rebuild its tunnel infrastructure. Israel insists that the tunnels were used by the organization to secretly enter Israeli territory, as well as smuggle arms.

In July 2014, Israel launched Operation Protective Edge in the Gaza Strip, stating the need to end rocket fire from Gaza and destroy tunnels leading to Israel. According to UN estimates, the 50-day operation killed more than 2,000 Palestinians and 70 Israelis.