Something is Rotten in the Kingdom of ISIL

The Islamic State propaganda machine is creating the image of the utopian society. Alas, in reality something is rotten in the kingdom of ISIL torn asunder by its greedy and bloodthirsty leaders. 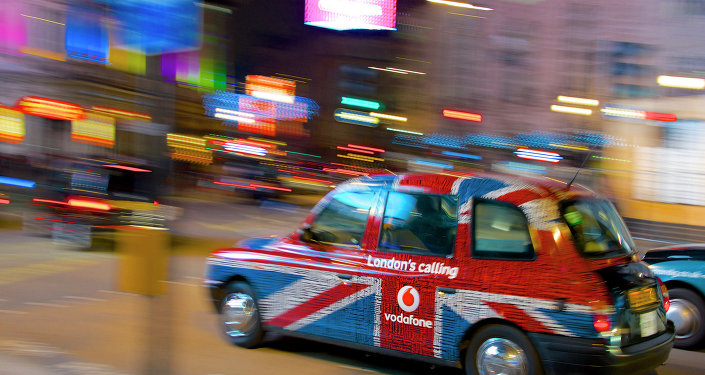 © Flickr / Jamie McCaffrey
Push-Bike Terror: Taxi Chief Calls Cyclists “ISIL of London”
MOSCOW (Sputnik), Ekaterina Blinova — Something is rotten in the Islamic State; while promoting the creation of new utopian society and blasting the rest of the world for its imperfections, jihadists have failed to maintain control over their own "state" or establish alliances with other Muslim nations.

Local media sources narrate a confusing story of the Islamic State treasurer Abu Ubaidah, who fled with a large sum of money belonging to the terrorists. It still remains a mystery whether Ubaidah became disenchanted with the Islamist ideology or had planned to rob the terrorists blind since the very beginning.

Ubaidah, an Egyptian national, was serving as a "prince" of the chamber of Zakat and the treasurer of the Syrian arm of the Islamist organization. Zakat is a traditional taxation imposed on Muslims in order to support the poorest members of the community. Referring to the longstanding Islamic tradition, Islamists imposed Zakat taxes on merchants and manufacturers in the occupied Syrian territories – the north-eastern countryside of Aleppo.

© REUTERS / Majed Jaber/Files
Who is the Female Jihadi ISIL Wanted to Exchange for Jordanian Pilot?
After collecting Zakat in the Syrian city of Mayadin, Ubaidah vanished without a trace with a billion of Syrian pounds ($1 million). Reportedly, the perpetrator headed to Turkey. ISIL officials expressed their deep concerns regarding the theft, claiming that the money stolen by Ubaidah was supposed to have been sent to poor civilians of the "state of God." It should be noted that many high-ranked ISIL leaders have recently escaped from the Islamic State, disenchanted with the dubious morality of Islamists.

Since Islamic State members often use teaching of Koran as a cover for their ruthless policies, Muslim countries across the world have repeatedly blasted the terrorists for violating the rulings of Islam. The media resources cite Abu Mohammed al-Maqdesi, recognized by al-Qaeda as a prominent scholar and "spiritual leader," who blasted the Islamic State for burning Muath Kasaesbeh to death in an interview with a Jordanian media outlet. He stressed that the killing of the Jordanian pilot could neither be accepted nor justified by any religion. It is worth mentioning that al-Maqdesi was arrested in October 2014 by Jordan authorities, after he criticized the government for joining the US-led anti-ISIL coalition. However, shocked by the Islamic State's hideous methods, the jihadi preacher has changed his stance regarding the so-called "state of God."

Meanwhile the King of Jordan, Abdullah II ibn al-Hussein, outraged by the horrific execution of Muath Kasaesbeh, has pledged "relentless war" in retaliation against the Islamic State.

© AP Photo / Senior Airman Matthew Bruch, US Air Force
Jordan Denies Reports on King’s Participation in Anti-ISIL Airstrikes
Cutting his short visit to Washington, the King ordered the execution of the two ISIL terrorists held in detention in Jordan and intensified the military operation against the Islamic State. The Jordanian Air Forces launched a large scale air strike targeting ISIL's positions in Syria on Thursday, February 6. However, Jordanian officials noted that the strikes were "just the beginning" of the state's ruthless revenge against the jihadists for the murder of the pilot.

The question remains open, whether the extremist organization would be exterminated by the external forces or the Islamist leaders would destroy their "dream" by their own hands.