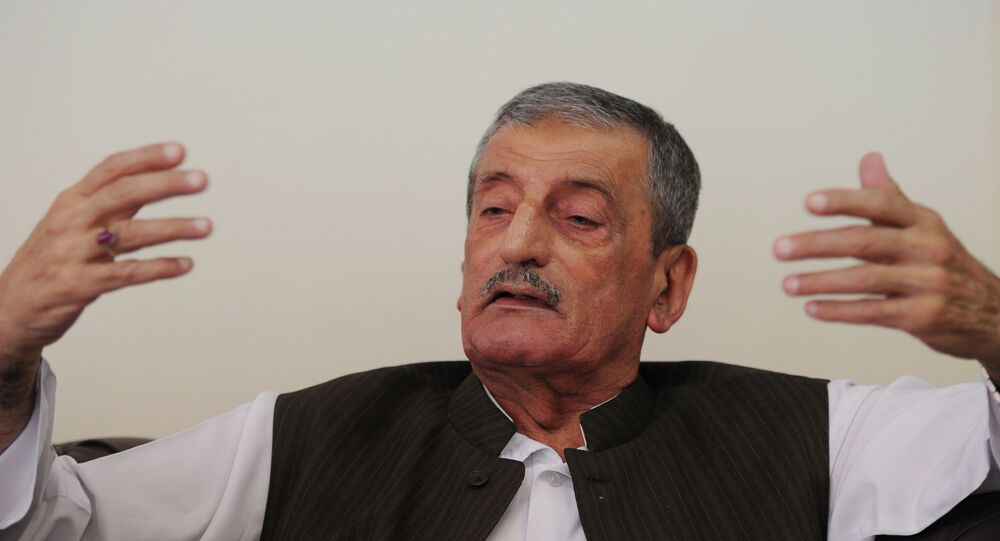 In 2012, Ghulam Ahmed Bilour offered $100,000 as a bounty to anyone, who would kill the producers of the "The Innocence of Muslims" movie.

Ghulam Ahmed Bilour, a Pakistani lawmaker, offered a $200,000 bounty for owners of Charlie Hebdo, adding that he would give $100,000 to the families of the two Islamist gunmen, who carried out a deadly attack on the French satirical weekly, according to the Pakistan Today newspaper.

"I had already declared that I will not tolerate any attack on the sanctity of the Holy Prophet (pbuh)," said Bilour, speaking at the National Assembly on Monday, as quoted by the daily. In 2012, the lawmaker offered $100,000 as a reward to anyone, who would kill the producers of "The Innocence of Muslims", a controversial anti-Islamic movie.

© AP Photo / Michel Spingler
Satirical Magazine Charlie Hebdo Halts Publication Amid the Threat of New Attacks
Islamists carried out several terrorist attacks in and around Paris in early January. Said and Cherif Kouachi attacked the Charlie Hebdo editorial office on January 7. The next day, another gunman Amedy Coulibaly, believed to be associated with Islamic State militants, fatally shot a police officer near the French capital. The following day he killed four hostages at a Jewish supermarket.

The Charlie Hebdo magazine is known for its satirical cartoons of political and religious leaders, including the Prophet Muhammad, who was portrayed holding a "Je Suis Charlie" sign on the cover of the issue published right after the January 7 attack.

Another publicity stunt by Bilour announces $200,000 head money for Charlie Hebdo owner. Why not give this money for IDPs or kids in Thar?