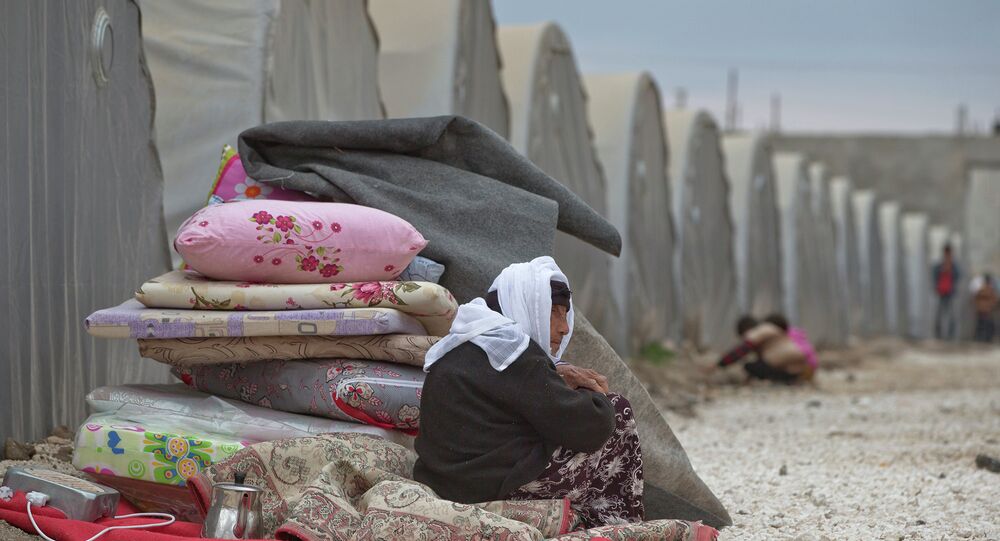 Amnesty International urges wealthy countries to step up and accept more refugees from the war-torn Syria. According to the UN Refugee Agency, there are more than 3.7 million registered Syrian refugees currently in Egypt, Iraq, Jordan, Lebanon and Turkey.

MOSCOW (Sputnik) — Amnesty International on Wednesday called on wealthy countries around the globe to accept larger numbers of refugees from Syria.

The organization has started the #OpenToSyria campaign with the publication of report titled "Hardship, Hope and Resettlement: Refugees from Syria tell their stories."

© Flickr / Ren Rebadomia
Nightmare of War: Heart-Breaking Stories of Syrian Refugee Children
"So far, the international response to the crisis has been pitiful and some of the richest countries have done very little," Amnesty said on its website.

The campaign is aimed at putting pressure on the world's wealthy countries to accept more Syrian refugees through public support, resettlement and other humanitarian admission programs.

"With close to 4 million refugees, the scale of the crisis is overwhelming," Sherif Elsayed-Ali, Amnesty refugee and migrants' rights head, was quoted as saying by the organization.

Syria has been in political turmoil since 2011, with mass protests turning into violent clashes plunging the country into a civil war. During this time, government forces have been fighting multiple rebel groups opposed to Syrian President Bashar Assad's regime.

According to the UN Refugee Agency, there are more than 3.7 million registered Syrian refugees currently in Egypt, Iraq, Jordan, Lebanon and Turkey. The total number of persons of concern exceeds 3.8 million, while the Syrian civil war has claimed the lives of more than 190,000.