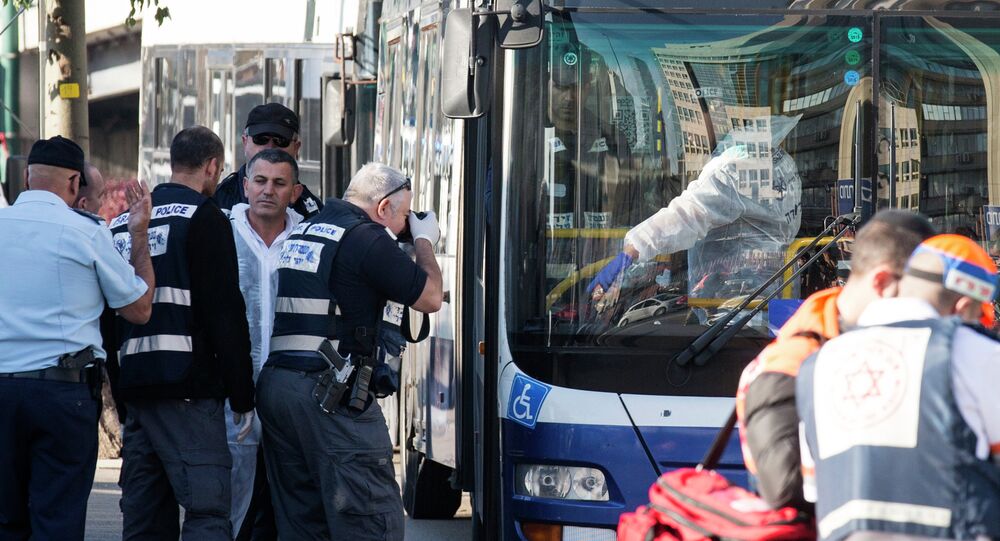 MOSCOW, January 21 (Sputnik) — A knife-wielding Palestinian stabbed nine passengers on a bus in Tel Aviv during morning rush hour. The attacker was identified as a 23-year old Palestinian was later arrested.

The first cartoon shows an armed combatant in the Palestinian keffiyeh-neutral chequered black and white scarf grinning while holding a knife dripping with blood. In the background, a bus with a Star of David emblem is seen surrounded by a pool of blood. The sign behind him reads "Occupied Tel Arabia".

The second cartoon shows a smiling dagger dripping with blood, posing in front of a blood-stained Israeli flag, with the caption "Good morning Palestine."

Both the images were widely shared on social media.