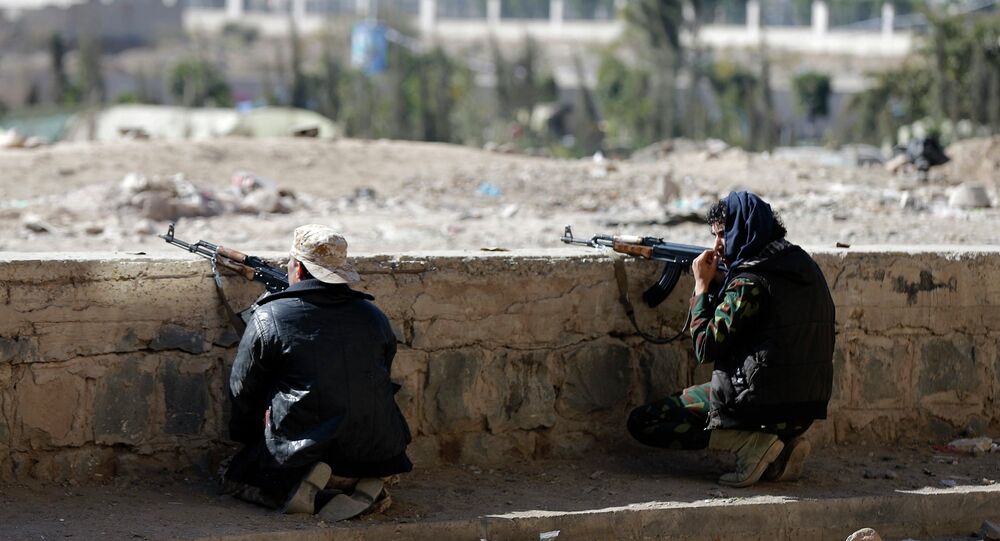 Houthi rebels captured part of the Nahdain mountain with a view of the presidential residence, a Yemeni law enforcement source said, adding that the presidential guard used it to attack the insurgents' positions in different parts of the country's capital.

© AP Photo / Hani Mohammed
Violence in Yemeni Sanaa Forces Foreign Embassies to Close Down
According to the source, the mountain is strategically important, and the presidential guard "used it to attack the Houthi positions in different parts of the city." The source noted that clashes between rebels and Yemeni Army are have not ceased.

The Houthis, the country's main opposition movement, played an important role in driving out President Ali Abdullah Saleh in 2012. The group staged major protests and occupied several cities, demanding the resignation of the government. In September, the Houthi insurgency spread to Sanaa.