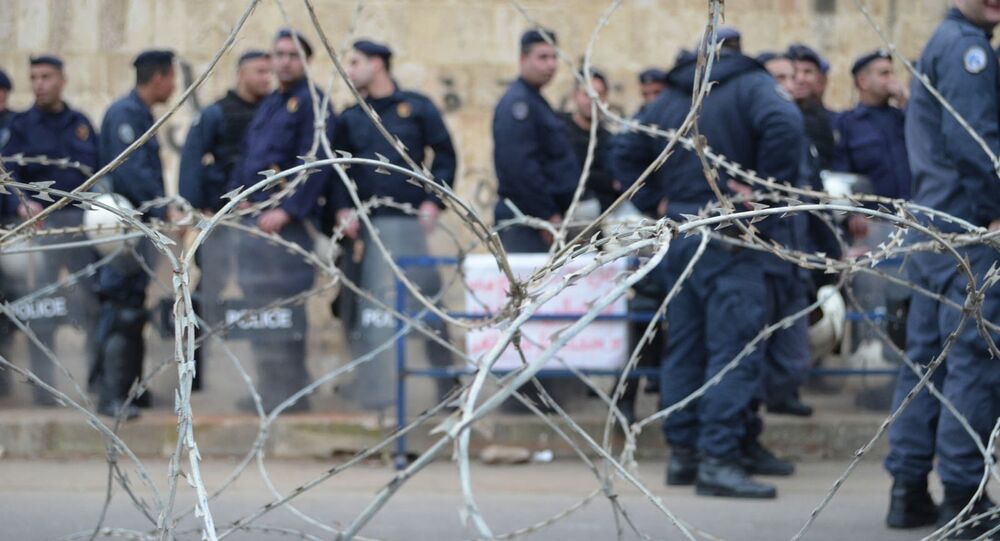 Lebanon security forces were deployed around the French embassy in Beirut.

MOSCOW, January 16 (Sputnik) – Security outside the French Embassy in Beirut has been enhanced in anticipation of possible violence following the release of the Charlie Hebdo edition with Prophet Mohammad on the cover, Lebanese media outlet Lbc Group reported Friday.

© REUTERS / Mohsin Raza
Anti-Charlie Hebdo Protests In Pakistan Turn Violent, At Least Two Injured
According to the news outlet, Lebanon’s security forces have been heavily deployed in the vicinity of the embassy, blocking the road leading to it with barriers.

Earlier in the day, local media reported that dozens of demonstrators gathered around the embassy to protest the recent issue of the magazine.

On Wednesday, Charlie Hebdo released its first issue after the attack on its employees by Islamic extremists last week. The cover of the newspaper is a cartoon of Prophet Muhammad holding a banner reading “Je suis Charlie “(“I am Charlie”), below the words “tout est pardonne” (“all is forgiven”).