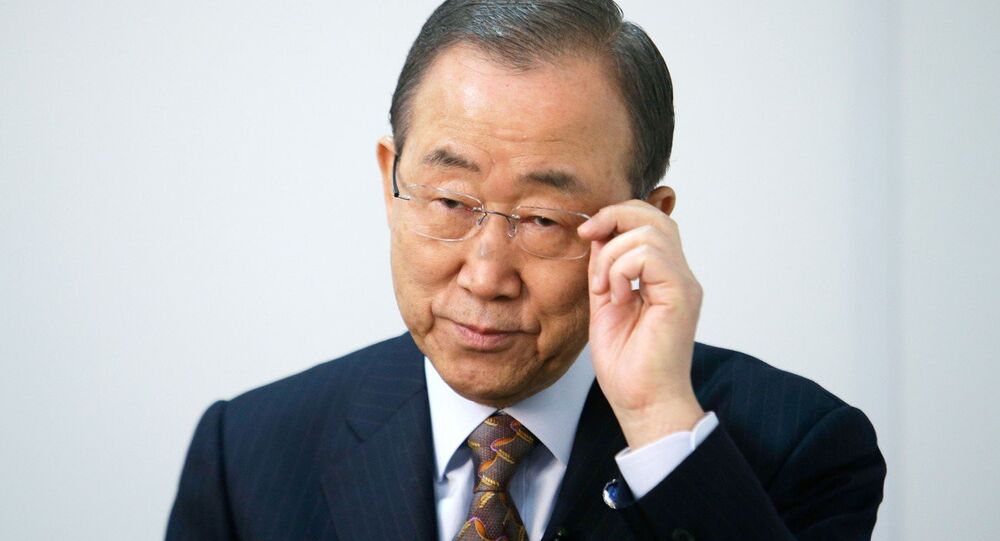 Those who planned the attack must be brought to justice, Ban Ki-moon’s spokesperson also added.

“The Secretary-General condemns in the strongest terms the attack against the police academy in Sana'a today. [Ban] expresses his condolences to the victims' families and wishes a swift recovery to all those wounded,” the statement posted on the UN website said.

The statement added that those who planned the attack must be brought to justice.

© AP Photo / Hani Mohammed
Yemen's Houthi Insurgents Kidnap 30 People in Capital: Reports
The bomb blast took place on Wednesday outside a police training college in Sanaa, Yemen’s capital, with no claim of responsibility so far. However, the al-Qaeda in the Arabian Peninsula (AQAP) has carried out similar attacks.