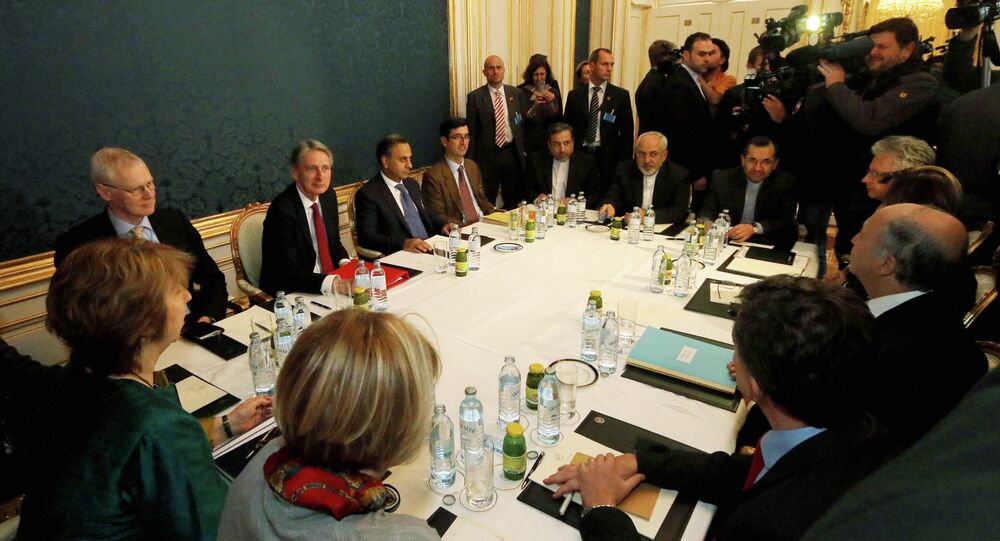 The latest round of talks on the Iranian nuclear program between Iranian negotiators and the P5+1 group will be held on January 18 instead of January 15.

© AP Photo / Fabrice Coffrini
Iran Nuclear Talks Look Promising: Russian Deputy FM
MOSCOW, January 6 (Sputnik) – The latest round of talks on the Iranian nuclear program between Iranian negotiators and the P5+1 group has been postponed from January 15 to January 18, a source familiar with the negotiating process told RIA Novosti on Tuesday.

"The meeting will be held on January 18 instead of January 15," the source said.

On December 30, it was reported that the talks would take place on January 15.

The P5+1 negotiators have held talks with Tehran since 2006, in an attempt to ensure the peaceful nature of the Iranian nuclear program.

© Fotolia / Borna_Mir
Iranian Foreign Ministry Denies Reports of Nuclear Agreement With US
In November 2013, Iran and the P5+1 group of international mediators, which includes Russia, the United States, Britain, France, China and Germany, agreed to prepare a document ensuring the peaceful nature of Tehran's nuclear program. In exchange, the group of six nations guaranteed that the sanctions imposed on Iran would be lifted. The sides managed to reach only an interim accord on the nuclear issue.

However, during the Vienna talks in November 2014, the negotiators failed to elaborate a comprehensive deal.

The negotiations were extended until July 1, 2015, with the next round of talks planned to be conducted in Geneva in January.

Iranian Foreign Ministry Denies Reports of Nuclear Agreement With US