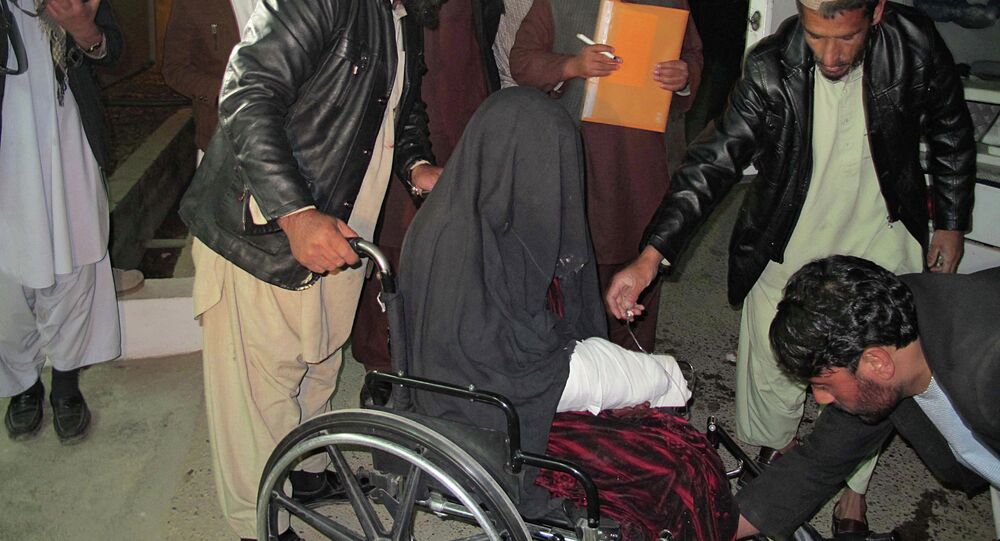 Army mortar fire killed 28 people and injured 51 at a wedding party in Afghanistan. An investigation has been launched into the deadly incident, which happened in the restive Helmand province.

© Flickr / United Nations Photo
NATO Mission Fails to Cripple Opium Trade in Afghanistan: Expert
The incident took place amid clashes between Afghan troops and Taliban fighters on Wednesday, the last day of the 13-year NATO mission to tackle insurgency in the country.

"What we know so far is that our soldiers fired mortar rounds from three outposts but we do not know whether it was intentional," General Mahmoud, the deputy Commander of the Afghan 215 corps in Helmand, told Reuters. "We have launched our investigation and will punish those who did this," he added.

The Taliban has condemned the incident, blaming  Afghan security forces. "Last night, puppet security forces fired mortars from so many directions on a wedding ceremony," said the statement, issued by the group, as quoted by AFP. "We condemn this brutal and cowardly attack," Taliban stated.
On Thursday, Ashraf Ghani, the president of Afghanistan, praised the country’s security forces for their efforts, making no mention of the incident in Helmand.

© Flickr / The U.S. Army
After 13 Years US Military Campaign in Afghanistan Proves to Be Inefficient
"Today our security forces have become successful in defending sovereignty and taking full security responsibility," AFP quoted Ghani as saying. "In the past 13 years, due to the problems in the region and the world, this security was a joint responsibility. Now it belongs only to Afghans. But we are not alone, we have our allies, we will continue to work together," he added.

On January 1, the Resolute Support mission will replace the International Security Assistance Force (ISAF), created in the aftermath of the 9/11 terrorist attacks. Resolute Support is a non-combat NATO-led mission, which will be tasked with training and mentoring Afghan National Security Forces (ANSF). Approximately 13,500 NATO soldiers, mostly from the US, will remain in the country.