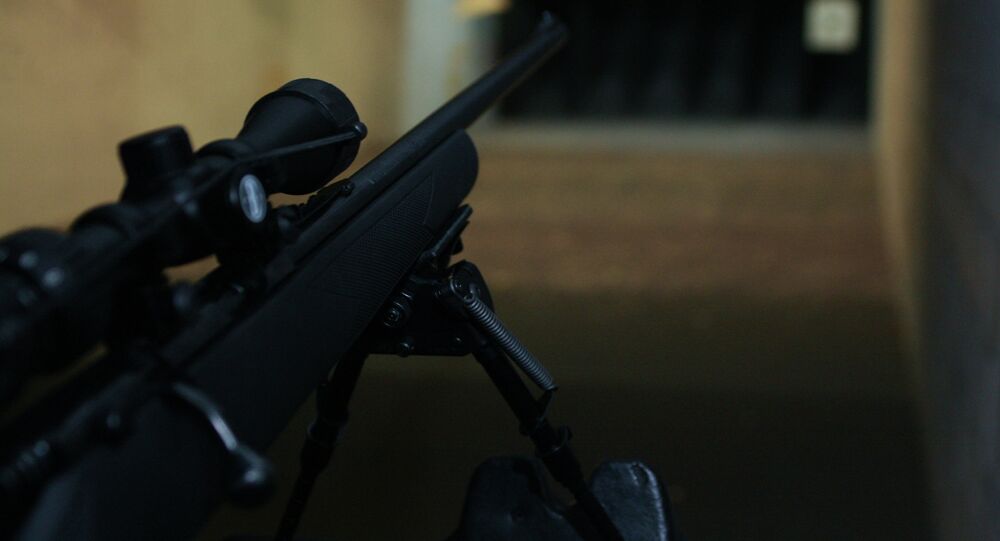 Iranian Revolutionary Guards Brigadier-General Hamid Taqavi was killed by a sniper in the Iraqi city of Samarra, where he was training Iraqi troops and Shiite militia fighting against Islamic State (IS) jihadists.

© REUTERS / Thaier Al-Sudani
Iranian Lawmaker Says Tehran Contributed to Fighting Terrorism in Iraq
MOSCOW, December 28 (Sputnik) – An Iranian Revolutionary Guards General was killed by a sniper on Sunday, while training Iraqi troops and Shiite militia fighting against the Islamic State (IS) militants in Iraq, according to an Iranian media source, Reuters reports.

The incident took place in the Iraqi city of Samarra. Brigadier-General Hamid Taqavi was shot dead by a sniper hiding behind a power transformer. Several other people, who were with Taqavi, were also wounded.

Iran's Revolutionary Guard says one of its senior commanders was killed during a battle against the Islamic State extremist group in Iraq.

“Taqavi became a martyr while fulfilling his duty as a military adviser in the fight against Daesh (IS) revisionist terrorists, a glorious end to a long valuable service to advance the cause of (Iran’s 1979) Islamic revolution,” said the Iranian Defense Ministry site, as quoted by Reuters.

Taqavi was a veteran of the 1980-1988 Iran-Iraq war and fought “enemies on various fronts”, said the source.

It is said that an unspecified number of Iranian advisors and combatants are currently in Iraq and Syria, defending holy Shiite sites against the IS gangs. Although Iran previously said it would not militarily interfere in Iraq and Syria, Tehran continues to support them in the form of military advice and humanitarian aid.

The Islamic State is a radical Sunni group that has captured vast areas in Iraq and Syria, and proclaimed an Islamic caliphate on the territories under its control. The extremists have been performing public crucifixions and beheadings among other atrocities.