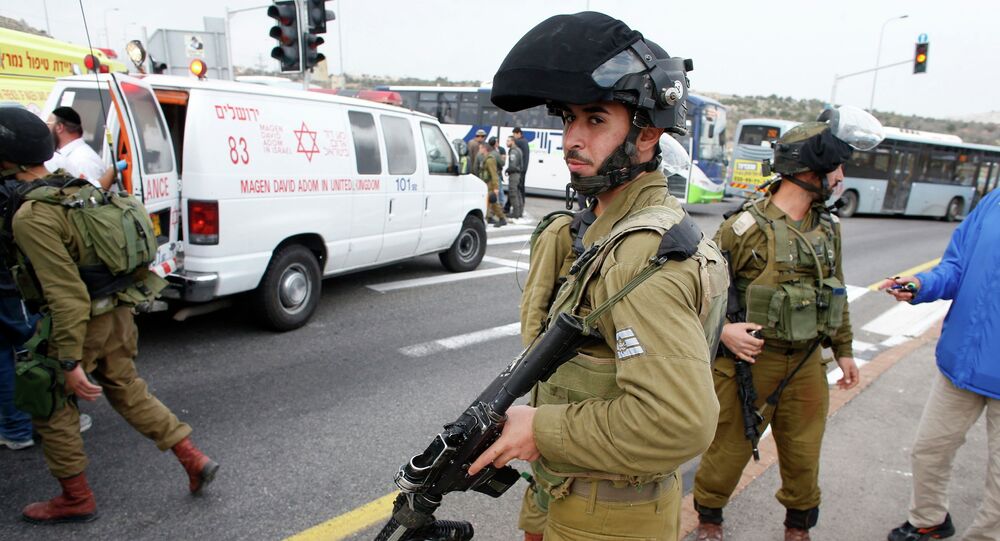 An Israeli soldier has been seriously wounded during an exchange of fire with Palestinians near Gaza Strip, the Israel Defense Forces (IDF) said Wednesday.

© East News / Adel Hana
Hamas Warns Israel it May Respond to Gaza Strip Attack
MOSCOW, December 24 (Sputnik) — An Israeli soldier from the Bedouin Desert Reconnaissance Battalion has been wounded during an exchange of fire with Palestinian snipers near Gaza, the Israel Defense Forces (IDF) said Wednesday.

“He suffered a severe chest injury and was evacuated to a hospital for further medical treatment,” the IDF said on its website.

The piece quoted IDF spokesperson Lt. Col. Peter Lerner as saying that the Israeli military “will continue to use all necessary means in order to maintain the safety of the citizens of southern Israel and will not hesitate to respond to any attempt to harm IDF soldiers.”

© AP Photo / Gali Tibbon, Pool
Netanyahu: Israel Facing Attacks From Hamas and Palestinian Diplomats
Earlier on Wednesday, the IDF said that the country's ground forces "responded immediately" to a Palestinian sniper attack on the IDF in the Gaza Strip's southern areas. Hamas, in turn, stated that Israel was "playing with fire" and warned that it has the right to "protect its people" in response to an attack by Israeli forces.

The ongoing Israeli-Palestinian conflict intensified in July when Israel blamed Hamas, the de-facto authority in Gaza, for the death of three Israeli schoolboys. Operation Protective Edge, which Israel launched on July 7, resulted in the deaths of over 2,000 Palestinians, mostly civilians and more than 70 Israelis, according to the United Nations. On August 26, the Palestinian Authority and Israel agreed to an open-ended ceasefire. Clashes between the sides have continued despite that agreement.