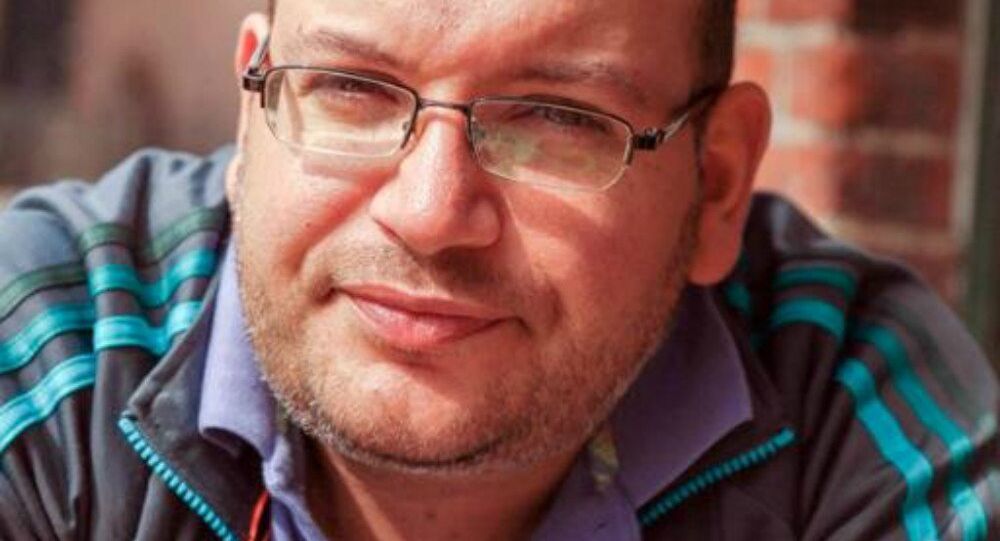 An Iranian court extended the detention of Washington Post journalist Jason Rezaian by 60 days within a “state security” case.

MOSCOW, December 4 (Sputnik) — Iranian state security is about to file charges against Washington Post Tehran correspondent Jason Rezaian as the local court has prolonged his detention by 60 days.

© AP Photo / Uncredited/Militant Website
Islamic State 'Product' of US CIA: Iran Senior Military Official
Rezaian, a citizen of both the US and Iran, was arrested without explanation in late July this year, and is being held in custody in Iran’s Evin Prison. His family said they received a document dated November 18, which said his detention was being extended by another 60 days, adding to the 135 days he already has spent behind bars without charge and trial, having no opportunity to meet his lawyer. International human rights monitors expressed concern with the groundless detention of Rezaian.

.@sarahleah1: “If authorities had evidence that Rezaian had committed a real crime, they should have charged him shortly after his arrest”

Jason Rezaian has been imprisoned for 135 days, "making him the longest-held Western journalist in #Iran" @nytimes http://t.co/YpijGSxi7T

Iranian human rights officials said that formal charges will be filed against Rezaian “soon” as he allegedly violated the law “regarding the area of state security”. His wife was released on bail in October.

Jason Rezaian had been working in Tehran since 2012. Iranian FM Mohammad Javad Zarif previously said the investigation is underway in regard of Rezaian as an Iranian citizen as Iran does not acknowledge dual citizenship. No other explanation of Rezaian’s arrest was given so far.

Iran to Insist on Rights in Nuclear Talks With P5+1: Foreign Minister