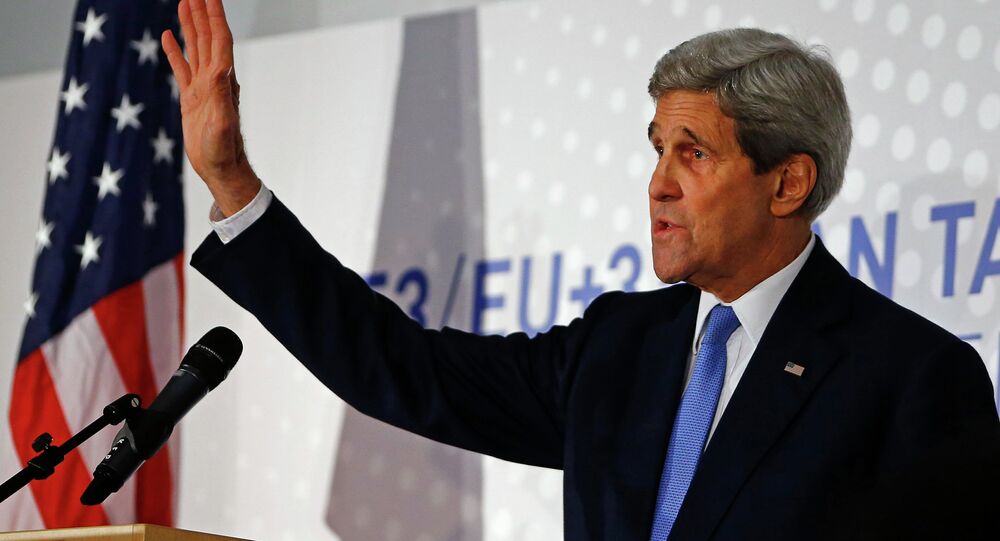 US Secretary of State John Kerry stresses that the coalition has managed to inflict significant damage on the Islamic State's logistical and operational capabilities. He says the coalition's strength stems from its diversity.

"Our efforts are already having a significant impact. The roughly 1,000 coalition air missions that we have flown have reduced Daesh's [Arab term for Islamic State] leadership and inflicted damage on its logistical and operational capabilities. In much of Iraq, Daesh's earlier momentum has dissipated," Kerry said at the ministerial-level meeting of the coalition to counter Islamic State in Brussels, as published on the Department of State website.

"It is much harder now than when we started for Daesh to assemble forces in strength, to travel in convoys, and to launch concerted attacks. No large Daesh unit can move forward aggressively without worrying about what will come down on it from the skies," the State Secretary added.

Kerry also emphasized that the diversity of the international coalition is, in fact, its strength, as "it gives… the credibility and the breadth of reach to move against Daesh" and counter any support for it around the world.

Counter- #ISIL Coalition mtg w/over 60 delegations abt to get underway in Brussels. United in our efforts to degrade & defeat #ISIL terror

At the same time, a number of officials have voiced doubts about the efficiency of the coalition's actions. In late October Syrian Ambassador to Russia Riad Haddad claimed the coalition is acting inefficiently, despite being technically superior to the Islamic State. Earlier in October, Pentagon spokesman Rear Admiral John Kirby criticized some media for presenting the campaign in an excessively positive light. Moreover, Russia, which is not participating in the US-led coalition, has repeatedly stated the fight against the extremist group should be authorized by the UN Security Council.

In September US President Barack Obama announced his decision to form an international anti-IS coalition that currently comprises more than 60 countries. The US-led coalition is carrying out airstrikes against Islamic State positions in Syria and Iraq.