Turkish newspaper Hurriyet Daily released an official statement after media were banned from covering a parliamentary inquiry into a major corruption scandal. 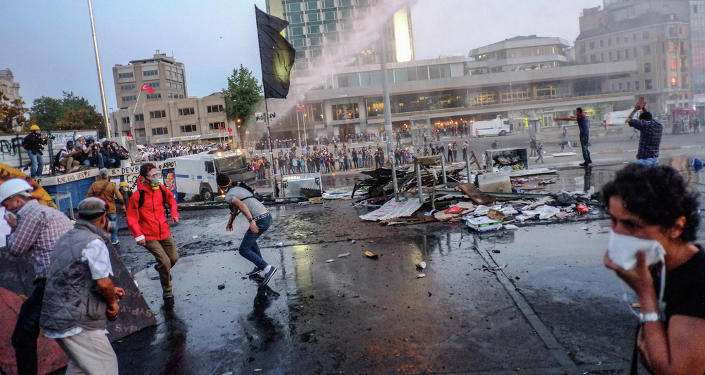 "Until recently, publication bans were just an unpleasant memory for senior journalists who were on duty during the era of military regimes. In 2014, however, such bans have returned as a practice of our day, not only the past the ban on reporting the parliamentary commission's work to investigate corruption allegations, given by a civilian judge, is a first in this regard," the newspaper's statement said.

The newspaper underlines that the bans make a mockery of the government's declared position of expanding freedoms and advancing democracy, continuing in this vein by stating that democracy can only exist in an atmosphere of openness, and that it is a human right to be informed.

The journalists of Hurriyet Daily urge Prime Minister Ahmet Davutoglu to resolve this issue and free Turkey of an image as a "country of bans."

On Tuesday a court in Ankara banned Turkish media organizations from reporting on an ongoing parliamentary inquiry into corruption allegations concerning four former ministers of the Turkish cabinet so as to "prevent damage to the individual rights." The decision came days before the ex-ministers began testifying before the court.

In December 2013, Turkey carried out an anti-corruption operation, as a result of which many officials, businessmen and their relatives were detained in suspicion of fraud, bribery and abuse of power. Four ministers were accused of corruption — Economy Minister Zafer Caglayan, Interior Minister Muammer Guler, EU Affairs Minister Affairs Egemen Bagıs and Environment and Urban Planning Minister Erdogan Bayraktar. All four resigned.

Protesters Speak Against US Intervention Into Turkey’s Affairs: Reports