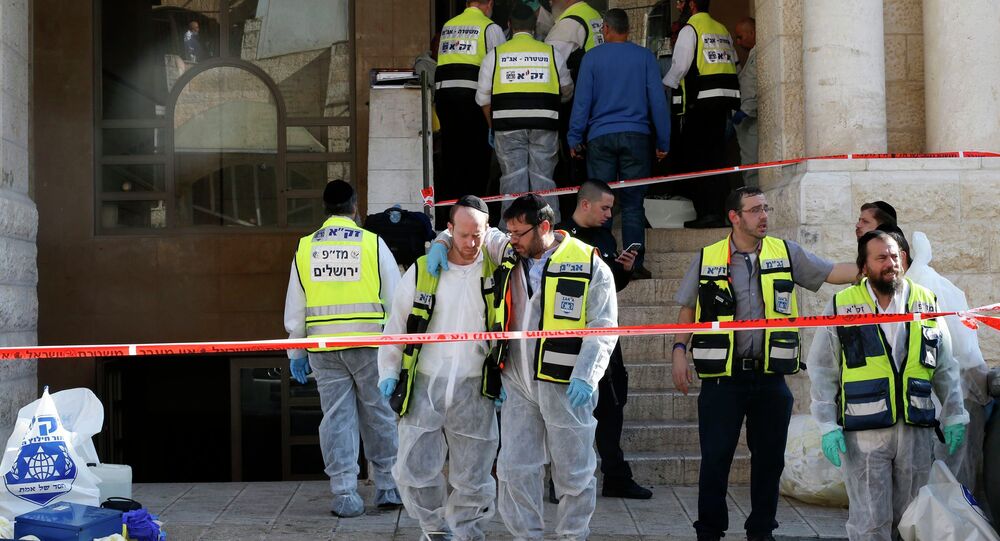 Earlier reports said Seif was in a critical condition. He passed away late Tuesday.

On Tuesday morning, four people were killed and seven wounded in a terrorist attack, committed by two suspected Palestinian men with knives and axes at a synagogue in Jerusalem's Har Nof neighborhood. Both terrorists were shot dead by the police.

The incident is the latest in a series of terrorist attacks that have been on the rise in Jerusalem recently. The incident follows the alleged lynching of a Palestinian bus driver on Sunday, as well as the torching of a mosque and holy Qur'ans in the West Bank village of Al Mughayir by Jews last week.

Israeli and Palestinian leaders, as well as a number of Western high-ranking officials, have condemned the deadly attack.