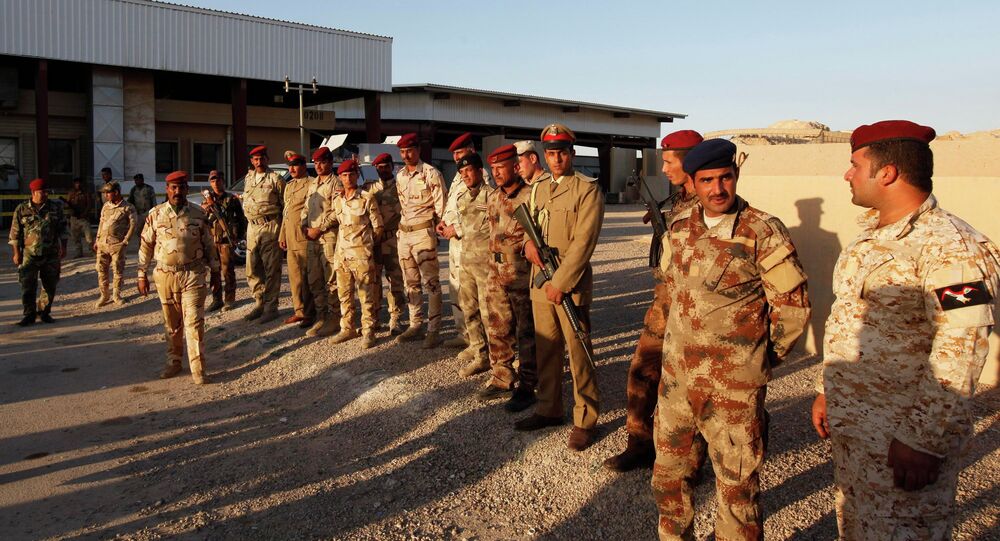 Iraq’s security forces have reportedly freed the country’s largest oil refinery, besieged by Islamic State militants since June, after taking the nearby town of Baiji under control.

“Iraqi forces… reached the gate of the refinery,” Raad al-Juburi, the governor of Salaheddin province, told AFP. Sunni radicals withdrew from the area as the Iraqi forces entered the compound, the Al-Hadath television station said, according to Reuters.

The refinery once produced over 300,000 barrels of oil daily, accounting for 40 percent of Iraq’s production, according to al-Arabiya. Although it has been besieged by the Islamic State since June, Sunni insurgents were unable to gain full control of it.

The Iraqi forces also recaptured the nearby town of Baiji, seized by the IS during its blitz offensive in June. Iraqi forces entered Baiji on October 31, taking part in fierce fighting with the insurgents. As of November 14, the town, populated by 200,000 people, is fully under control of the government forces, according to BBC, citing Gen Abdul-Wahab al-Saadi. The troops could not swiftly advance to the refinery because the IS placed IEDs (improvised explosive devices) along roads in Baiji.

This week, Iraqi forces have also gained control of the Adhaim Dam in the eastern province of Diyala, according to AFP.

The recapturing of Baiji and the oil refinery marks a major defeat for the extremist group, who currently controls a large swathes of land in Iraq and neighboring Syria. The town is located on the road between the capital of Baghdad and Mosul, the largest city in northern Iraq still controlled by the IS. It is also a crucial relay point on the way to Tikrit, also controlled by radical Sunnis, meaning the Iraqi forces cut supply lines to the home city of Saddam Hussein.

The IS, which has lost hundreds of fighters in US-led airstrikes, is struggling to maintain control of its territory. Despite battlefield losses, the group has expended its efforts to strengthen the Islamic caliphate. Earlier this week, Sunni insurgents announced that they planned to introduce their own currency – the Islamic dinar. Abu Bakr al-Baghdadi, the IS leader, has reportedly ordered to start minting gold, silver and copper coins, according to the Guardian.