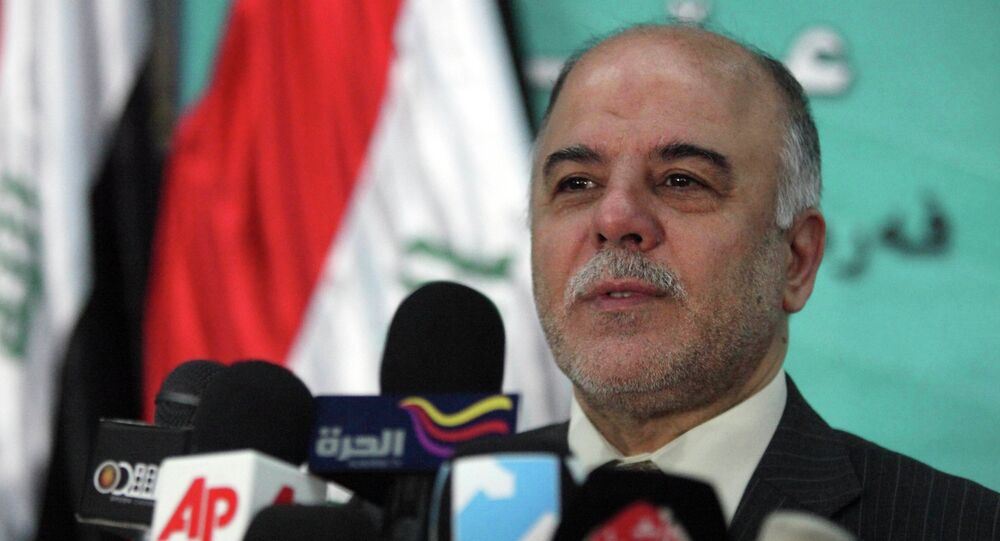 MOSCOW, November 12 (RIA Novosti) — Iraqi Prime Minister Haidar Abadi announced Wednesday that he rearranged the army by removing several military commanders from their positions and appointing new officers amid the ongoing fight against the Islamic State (IS) extremists.

"The Commander-in-Chief of the Armed Forces Dr. Haidar Al-Abadi issued executive orders today to relieve 26 military commanders from their posts and retire an additional 10 commanders. He also appointed 18 military officers to senior posts within the Ministry of Defense," a statement on the prime minister's official website read.

According to the statement, Abadi aims to restore the army’s professionalism, aided by the instructors and advisers sent by the United States to help Iraq in ground combat against the IS.

This is the first military rearrangement undertaken by the prime minister since he succeeded Nouri Maliki in August.

Maliki was blamed for poorly running the army and therefore letting the Islamic State take over vast territories in Iraq. He was further accused of holding sectarian agendas in the army over national interests.

The US-led international coalition is currently carrying out airstrikes on IS targets in Syria and Iraq. Washington and its allies, though, have emphasized they are not sending troops to take part in ground operations.

The IS extremist group has been fighting the Syrian government since 2012. In June this year, IS expanded its influence to northern and western Iraq and declared an Islamic caliphate on the territories it controls.