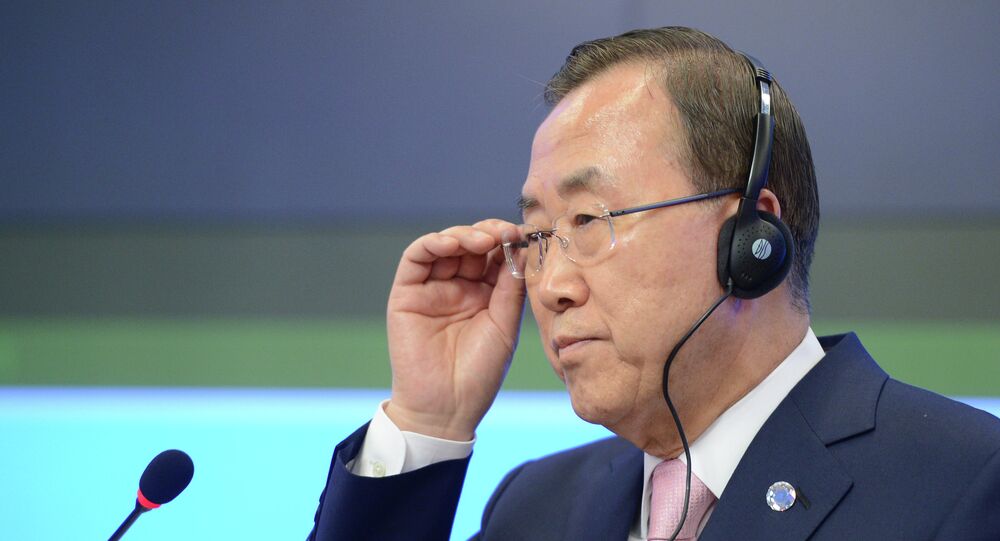 In a statement released Tuesday UN Secretary General Ban Ki-moon has expressed deep concern over the recent killings in Israel and the West Bank and called for De-Escalation.

UNITED NATIONS, November 12 (RIA Novosti) – UN Secretary General Ban Ki-moon has expressed deep concern over the recent killings in Israel and the West Bank, calling for measures to be taken to avoid a further aggravation of the situation.

"The Secretary-General is deeply concerned about the upsurge in violence and killings over the past few days in Israel and the West Bank. Violence only deepens distrust, while making more distant the prospects for peace between Israelis and Palestinians," a statement released by Ban Ki-moon's spokesman Tuesday said.

"The Secretary-General calls on all sides to do everything they possibly can to avoid further exacerbating an already tense environment. His thoughts are with the families of the victims," the statement added.

Earlier on Tuesday, an Israeli Defense Army (IDF) representative told RIA Novosti that additional forces would be deployed in the West Bank after the recent stabbings of Israelis.

The emphasis will be made on crowded places and zones where the Arab and Jewish populations live side by side, according to the representative.

On Monday, an Israeli soldier was stabbed to death near a crowded Tel Aviv train station. In a separate incident on the same day, a 25-year-old Israeli woman was also stabbed to death in a busy traffic circle in the occupied West Bank. The attacks were attributed to Palestinians.