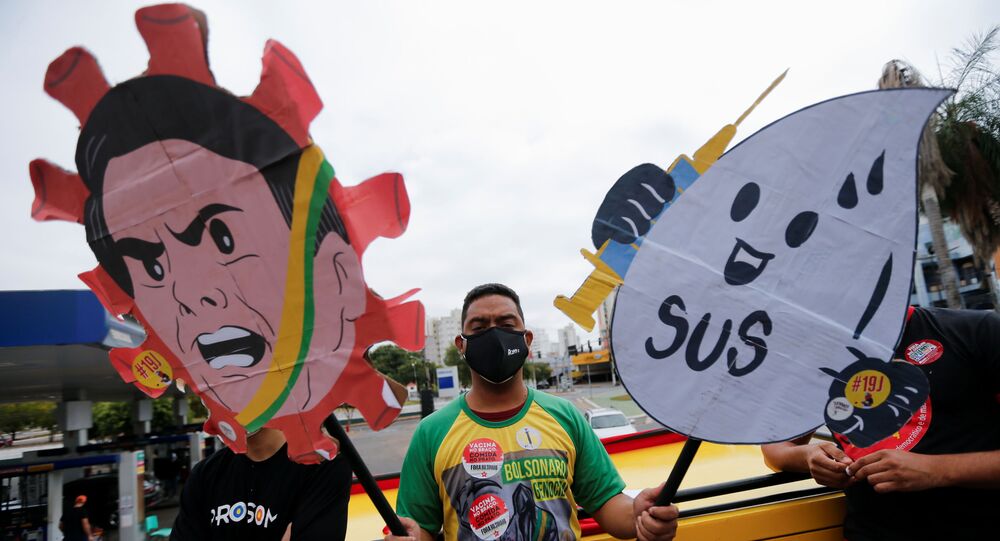 BUENOS AIRES (Sputnik) - The Supreme Federal Court of Brazil has approved a probe into President Jair Bolsonaro regarding alleged overpricing during the purchase of India's coronavirus vaccine Covaxin, the G1 website reported.

Last week, the Estado de Sao Paulo newspaper reported that the government signed a deal for 20 million vaccine doses, $15 each. However, according to a secret message from the Brazilian embassy in New Delhi, the actual price for one dose was 100 rupees ($1.34). As a result, opposition lawmakers requested an investigation.

Bolsonaro reportedly was informed about possible violations several months ago. The investigation will try to find out if the president was doing something about it.

Meanwhile, the country's leftist and centrist parties have filed an impeachment request with the lower house.