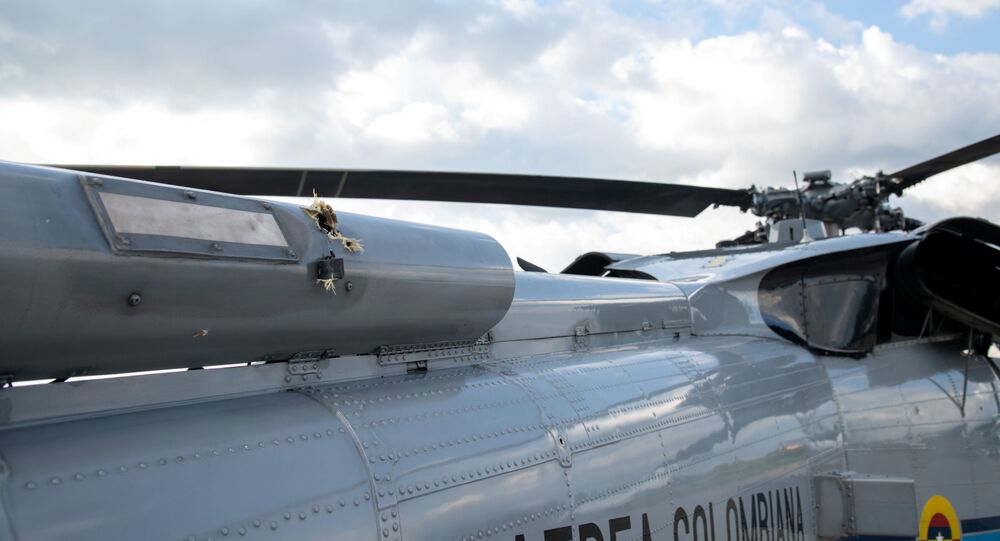 BOGOTA (Sputnik) – Colombian President Ivan Duque said that his helicopter had come under gunfire in the northeastern part of the country.

"I want to inform the country that after I had completed my work in Sardinata and was close to landing in the city of Cucuta, the presidential helicopter came under attack," Duque said on late Friday, as quoted by his press service.

According to the Noticias Caracol broadcaster, at least six shots were fired at the helicopter but the aircraft was successfully landed by experienced pilots.

Along with Duque, there were also the defense minister, the interior minister and the mayor of Cucuta on the board of the helicopter.

Since 1964, Colombia has been witnessing a low-intensity armed conflict between the government and radical armed groups and criminal gangs for increasing influence in the country's territory.

Following the incident, Duque stressed that the government will continue to fight all criminal groups operating in the country.

It is still unknown who stands behind the attack on the helicopter.