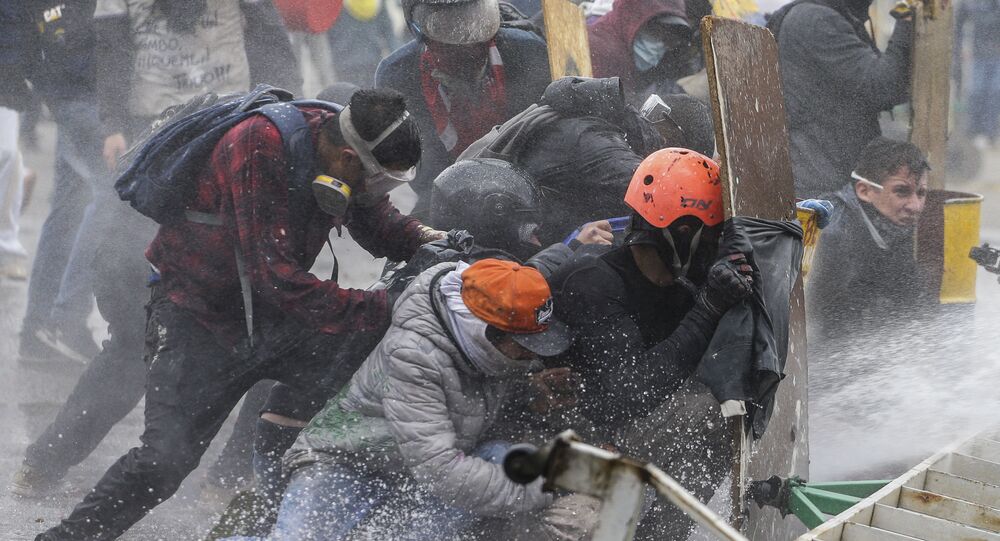 MEXICO CITY (Sputnik) - Colombian President Ivan Duque has ordered the deployment of army units to eight of the country’s departments amid ongoing protests in order to unblock roads, the presidential decree released by the Interior Ministry says.

The governors of Cauca, Valle del Cauca, Narino, Huila, Norte de Santander, Putumayo, Risaralda, and Caqueta have been instructed to coordinate the actions of police and military forces in order to remove the current roadblocks and prevent more road blocking in the future.

The presidential decree also requires local authorities to impose a curfew on their territories.

At the start of May, Duque asked Congress to withdraw the draft tax reform and urgently discuss a new one amid nationwide protests.

Labor and student organizations in Colombia have demanded social and healthcare reforms, the demilitarization of cities, and the dissolution of the Mobile Anti-Disturbance Squadron forces.

A governmental commission led by Duque held a meeting with National Unemployment Committee (CNP) representatives earlier this month, however, no agreement was reached and protests continue in Colombia.

UN spokesman Faran Haq said during a press briefing on Friday that the protests and roadblocks are preventing critical supplies from being transported throughout the country's cities.