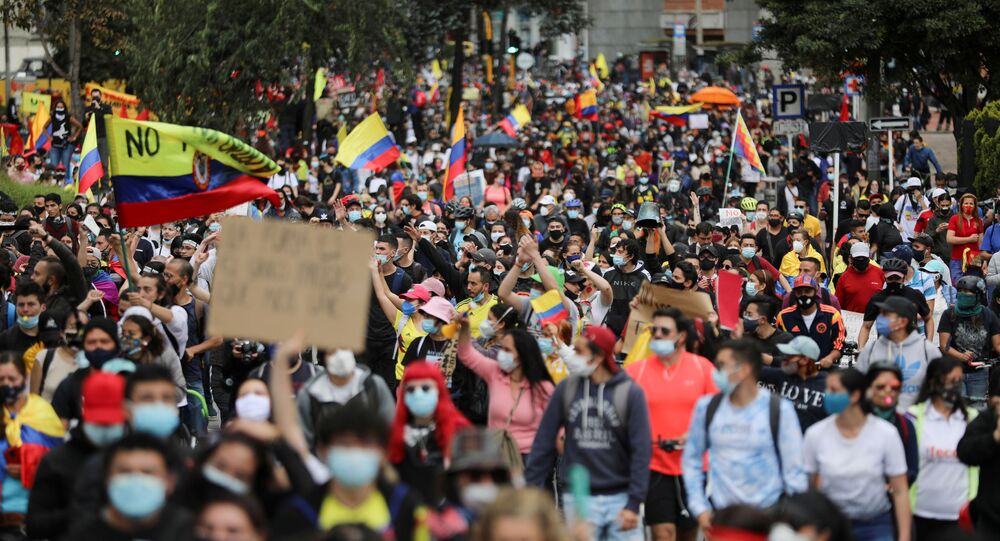 The unpopular draft initiative, dubbed the Sustainable Solidarity Law, was proposed by President Ivan Duque in April in a bid to cushion the negative impact of the pandemic. The motion sparked mass protests among the populace, which views the proposed reform as a new tax burden.

Colombian President Ivan Duque has asked the Congress to withdraw a draft tax reform that caused mass unrest in the Latin American country in recent days.

In an address alongside his Cabinet ministers, given at the presidency's headquarters in Bogota on Sunday, the president called for an urgent rewording of the bill to avoid financial uncertainty.

Duque affirmed that the reform was not a whim, but rather a necessity, and underscored the importance of prolonging social programmes that benefit millions of Columbians.

Since Wednesday, Colombia has been swept by a wave of workers' strikes and protests against the so-called Sustainable Solidarity Law, a tax reform bill presented in April.

The protesters have slammed the initiative as hurting millions of workers with additional tax burdens.

Duque previously said that the reform would help raise a sum equivalent to about 2 percent of Colombia's GDP (around $6.8bln) that would aid the country, which has been struck by the negative economic effects of the coronavirus pandemic.