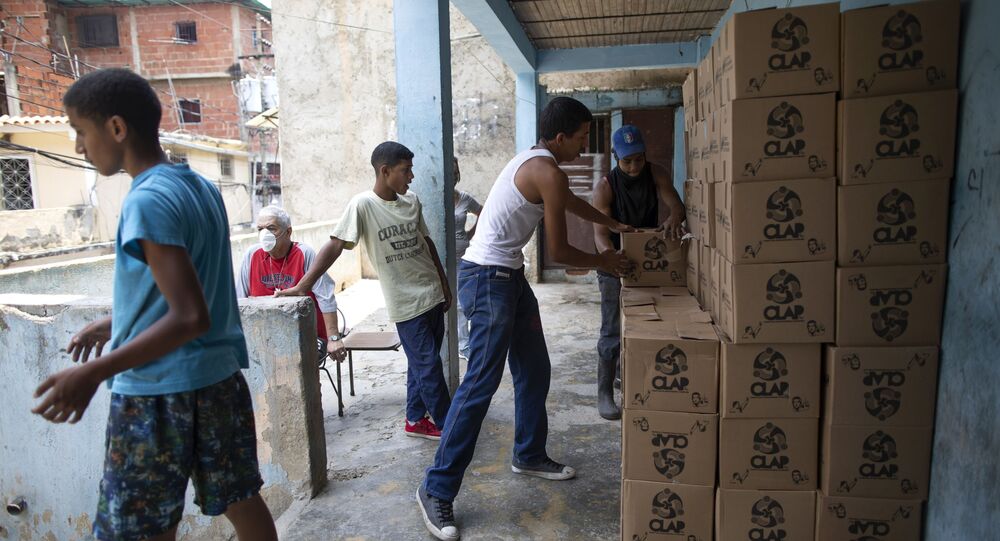 "I want to thank the efforts that have been made to sign this agreement to implement food support programs, food aid for primary school students as a first step, which we talked about in private for almost an hour," Maduro said at a signing ceremony broadcast on national TV on Monday.

The executive director for the WFP, David Beasley, arrived in Venezuela’s capital, Caracas, on Sunday. Venezuela’s Foreign Ministry tweeted that Beasley was expected to sign important agreements for the food security of Venezuelans.

The Venezuelan government maintains constant ties with the UN structure to maintain social safety nets and counter the impact of an economic, trade and financial embargo imposed by the United States.

As part of several attempts to oust Maduro, the US and other Western countries endorsed Venezuelan political opposition leader Juan Guaido and have slapped crippling sanctions on Caracas and have frozen its assets abroad. Russia, China, Turkey and several other nations are in support of Maduro.