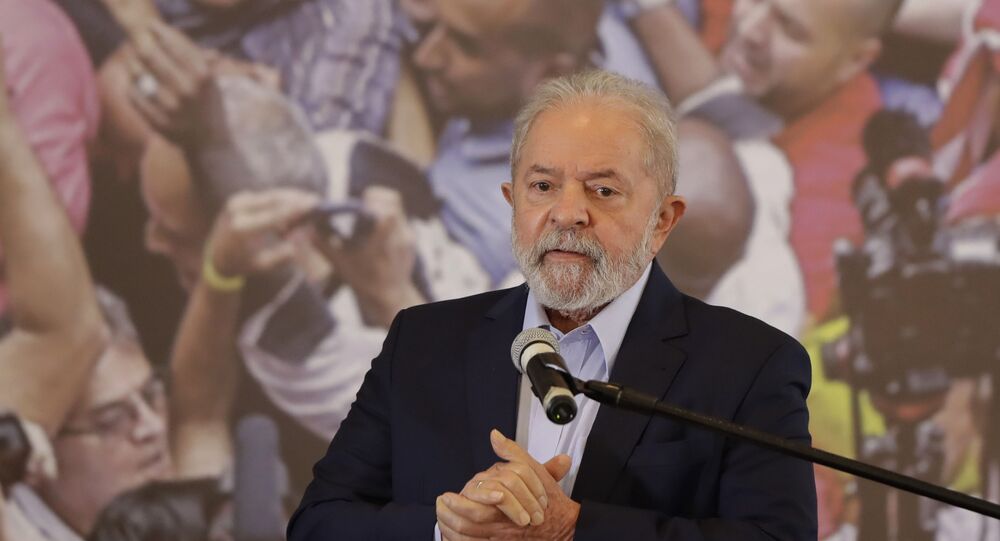 In early March, a federal supreme court judge dismissed all of Lula's criminal convictions and restored his political rights, allowing the former president to run for president again.

Seven of the 11 Brazilian Supreme Court justices upheld an earlier decision to overturn the former president's sentence, and one voted against. The meeting, which is being broadcast by the Globo portal, continues.

Following the annulment of the sentences, which Lula and those around him celebrated as a success after years of legal battle, the Prosecutor's Office filed an appeal to reverse the decision and uphold Lula's sentence.

The court of the first instance justified the cancellation of the sentence by the fact that the Curitiba court does not have the authority to consider such proceedings.

Now the entire case against the politician will be considered from scratch in the Federal District Court.

© REUTERS / Amanda Perobelli
Brazil’s Lula da Silva Will Be ‘A Major Political Force’ Next Year, Journalist Brian Mier Explains
Lula was the president of the country between 2003 and 2011. In 2018, Lula da Silva ran for the presidency of Brazil, but the court barred him from participating in the elections due to a court sentence for corruption and money laundering. The former president was sentenced to 12 years in prison on disputed corruption charges. Sergio Moro, a controversial judge who later entered Bolsonaro's cabinet as a justice minister, handed down the sentence.

Lula was released from prison in November 2019, but his political rights were stripped from him until now. The former president will now be able to run for president in the elections due in October 2022.

The incumbent Brazil president, Jair Bolsonaro, commenting on the initial annulment of the sentence, expressed his belief that "people do not want to have a candidate like that in 2022."

Experts say that Lula has a pretty good chance in the upcoming presidential race.