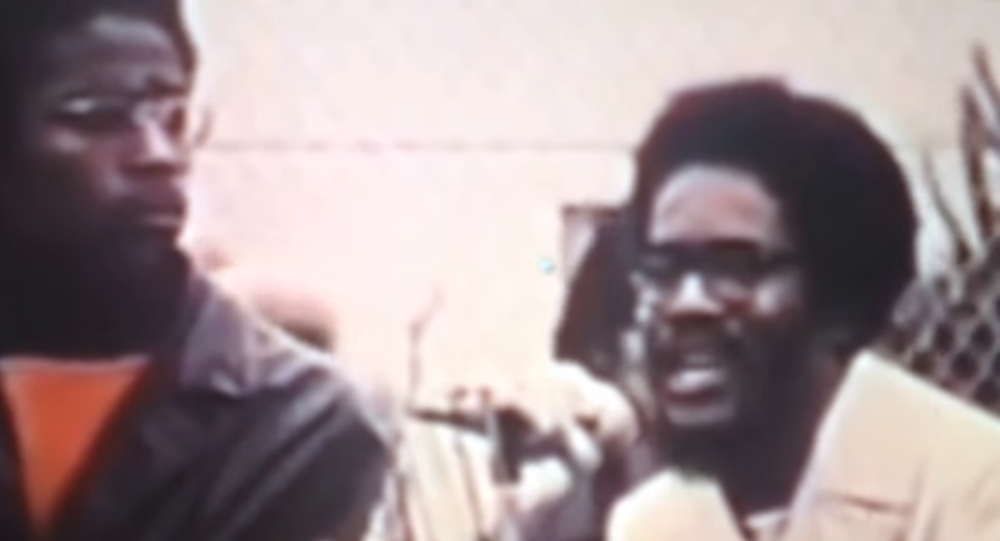 After 40 Years, Brother of Guyanese Scholar-Activist Walter Rodney Exonerated of His 1980 Murder

Donald Rodney was convicted in 1982 of having given his brother Walter the explosives-laden walkie-talkie that killed him on July 13, 1980, outside a prison in the capital city of Georgetown. The charge carried an 18-month prison sentence, and while he immediately appealed, the court only heard his case last month.

A Guyanese court has exonerated Donald Rodney of charges connected to the 1980 assassination of his brother, famed “guerrilla intellectual” Dr. Walter Rodney, nearly 40 years after his conviction. In the interim, Rodney was released on bail but has been unable to travel, all the while advocating for an end to his persecution.

“We will allow the appeal and set aside the conviction and sentence and a written decision will be following shortly,” Chancellor of the Judiciary Yonette Cummings said on Wednesday, according to Demerara Waves.

​During the hearing, his advocates successfully argued that while Donald Rodney had given Walter the walkie-talkie, he could not have known there were explosives inside it. Donald has said he was given the device by a Guyanese Defense Force officer named Gregory Smith.

His brother, Donald Rodney, was framed and unlawfully convicted for his death. After decades, Donald Rodney will be appealing his case in Guyana's Court of Appeal this Thursday, March 25th. (We will be sharing more updates this week!) pic.twitter.com/eAXoCIiEFi

​For decades, the Guyanese government’s position was that Rodney had been plotting to bomb the prison and had been killed when one of the bombs blew up in his face. However, a 2015 Commission of Inquiry found that the prime minister in power at the time, Forbes Burnham of the People’s National Congress, likely organized the killing.

“Given the manner in which the country was run, coupled with the threats issued by Prime Minister Burnham to the members of the WPA [Working People’s Alliance] and the evidence of Mr. Robert Allan Gates, we conclude that Prime Minister Burnham knew of the plan and was part of the conspiracy to assassinate Dr. Walter Rodney,” the COI report reads.

“It is clear to us that the police were unprofessional, extremely inefficient in turning a blind eye to obvious, or deliberately botched investigation in Dr. Rodney’s killing, or were complicit with others, including the GDF in hiding or shielding Gregory Smith from facing the brunt of the law for having murdered Dr. Walter Rodney,” the report continued.

Indeed, in July 2020, newly declassified communiques between the US State Department and the US Embassy in Georgetown obtained by Freedom of Information Act requests by the National Security Archive revealed that US diplomats were suspicious of the Burnham government’s potential complicity in Rodney’s killing, and may have helped spirit Smith out of the country under a false identity. Smith died in 2002 in neighboring French Guiana, a French overseas department.

Washington was no friend to Rodney, either. In 1968, when Rodney was a professor at the University of the West Indies in Kingston, Jamaica, the US was suspected of having pressured the government of Hugh Shearer to block Rodney’s return to the country from a scholarly conference in Canada. Enormously popular among both students and poor Jamaicans for his efforts to bridge the gap between elite academia and everyday workers’ political consciousness, his barring touched off an uprising in Kingston by both groups that came to be called the “Rodney Riots.”

On the 50th anniversary of the uprising, Devyn Springer of the Walter Rodney Foundation told Sputnik that “the fear of a good example spreading across the Caribbean and these Black islands” that could “radiate [back] to the US and beyond” had motivated the Washington’s actions, which was intent on crushing the emerging Black Power movement.

His eventual return to his home country of Guyana in 1974 was similarly feared by Burnham, since Rodney’s Working People’s Alliance party sought to bridge a historic gap between the country’s majority East Indian and African populations that would have threatened the power of the US-aligned Burnham government.

Walter Rodney is known internationally as a pan-African socialist thinker who taught and organized across three continents, penning influential books on African and Caribbean history and politics, including the 1972 text “How Europe Underdeveloped Africa,” which outlines how European colonialism deliberately halted African socio-economic development and used the continent’s wealth to develop their own nations.

At the time of his death, Rodney was working on a “History of the Guyanese Working People,” which was subsequently published in incomplete form.