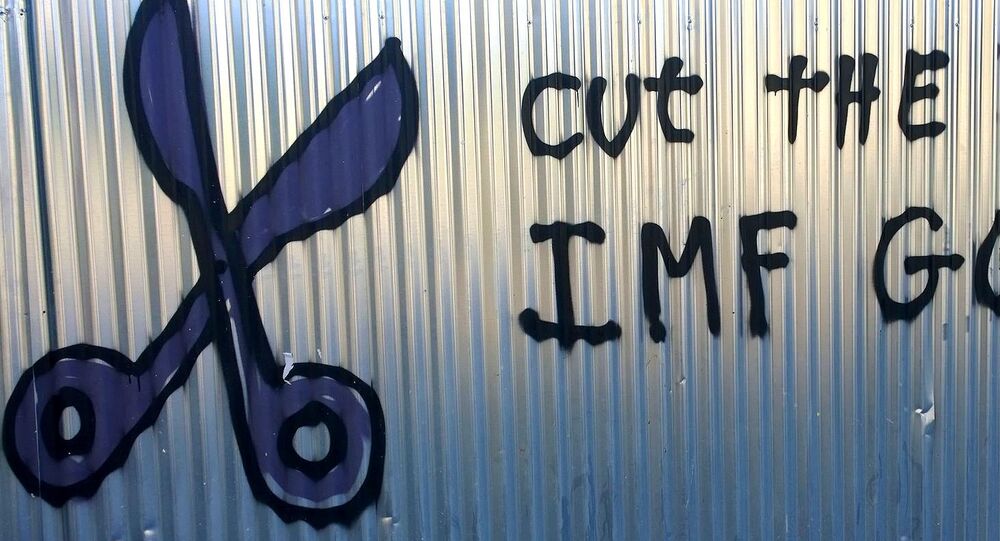 MOSCOW (Sputnik) - Argentina's President Alberto Fernandez issued a decree instructing the country's special legal body to act as a plaintiff on behalf of the state in a case against his predecessor Mauricio Macri, stemmed from his decision to take a loan from the International Monetary Fund (IMF) in the amount of $50 billion.

"Prosecutors representing the state as the claimant are ordered to pursue the case, 'Mauricio Macri and others, fraud against state bodies' ... and to facilitate the advancement of the criminal process in order to determine those responsible for the crime," the decree says.

© REUTERS / Yuri Gripas
IMF Assesses Argentina's Debt to Be Unsustainable
The document further states that the case is related to Marci's decision to take a loan from the IMF in the amount of $50 billion in 2018. The current government has repeatedly spoken about the difficulties surrounding paying off the debt and began negotiations with the IMF on a new assistance program.

In addition, lawyers were instructed to initiate actions leading to compensation for possible losses incurred as a result of the actions of the previous authorities.

The decree was signed by the country's current president, prime minister, and ministers of economy and justice.