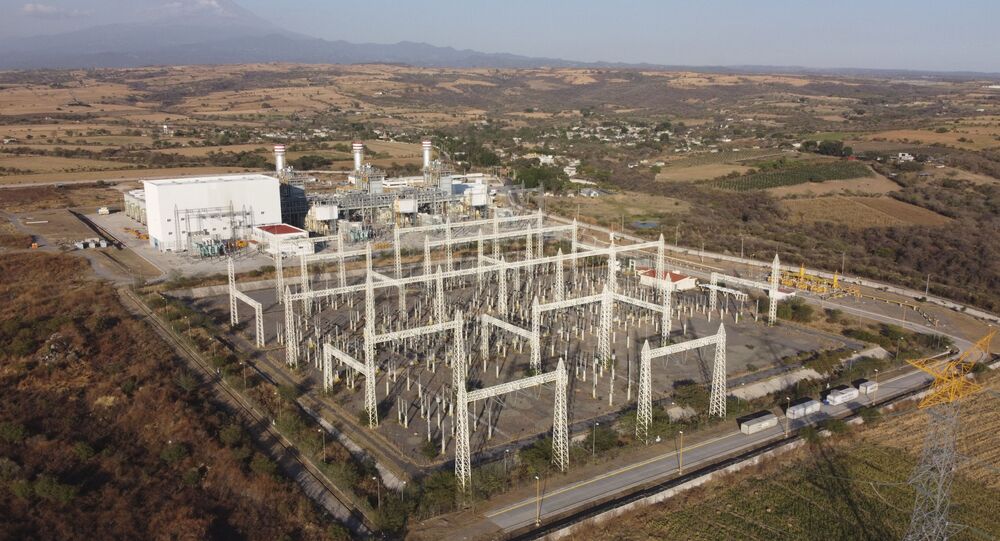 MEXICO CITY (Sputnik) - Mexican President Andres Manuel Lopez Obrador said on Wednesday that if the country's supreme court decides to strike down his energy law reform, the president will propose changing the constitution.

Last week, the second administrative district court temporarily suspended the energy law that favors the facilities of the Federal Electricity Commission (CFE) when it comes to supplying the national grid. Per the request from the president, the case will be reviewed by a supreme court panel. A constitutional hearing has been scheduled for April 27.

"I am sure that the reform is not unconstitutional, but if the judges define it as such and decide that it cannot be implemented, I will launch an initiative to reform the constitution because I cannot be an accomplice to robbery," Lopez Obrador said during a press conference broadcast by the government on social networks.

The law, which was approved by the parliament and entered force on March 10, deals with the energy purchasing procedure, prioritizing CFE over private companies.

The Mexican president has been actively trying to ram that change through despite resistance from business, green activists and the federal competition authority. Lopez Obrador claims that due to actions by several corrupt politicians and companies, there has been preferential treatment for some private companies when it comes to purchasing electric power, which puts the CFE at a disadvantage.

The supreme court, however, already struck down a similar policy last June on the grounds of it violating free-market principles.